The disconnect that the pandemic created between consumers and the outside world has caused users to primarily seek empathy in digital and human interactions, revealed a report from customer experience company Genesys.

The sense of connection with other humans has been deeply affected by the pandemic, the report found, making it necessary for brands to rethink the way they conceive the customer experience and build trust and loyalty among their consumers. According to the report, nearly one-third of respondents in the region feel that the pandemic has led to social isolation. In Latin America, 30 percent of consumers say they feel less connected to others since the pandemic broke out. In Mexico, a quarter of respondents feel less connected to others, while in countries such as Chile and Brazil this feeling is higher with 34 percent and 32 percent, respectively. 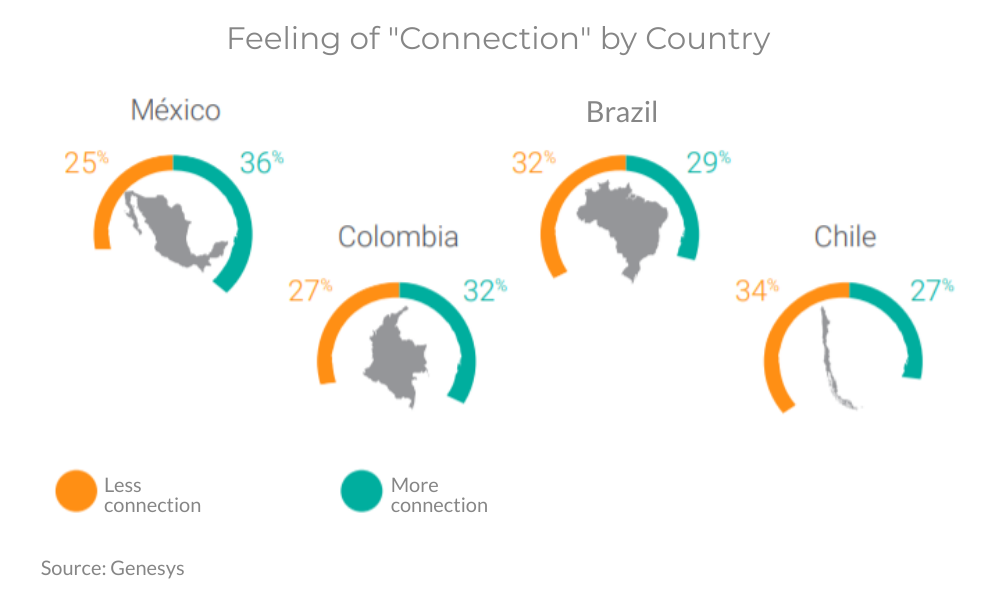 The feeling of disconnection also led consumers in Latin America to feel less happy, more anxious and mentally drained, resulting in less patience and empathy when interacting with others. "The most connected consumers, who are also younger, often turn to social networks to make up for the lack of in-person interactions," the report says. "They are on their phones a lot, sharing experiences and looking for someone to talk to." 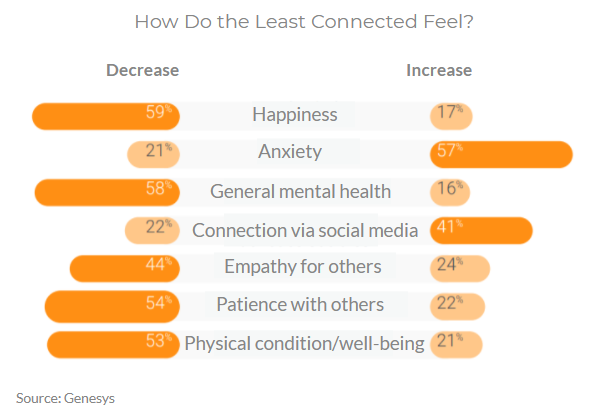 Latin American respondents spend 8.4 hours on interactive activities including video calls and chats, two hours more than consumers in other regions. According to the report, five out of six people in the region say they are highly connected on social channels, spending more time playing games, watching videos and chatting online. They also download music and use food delivery apps, “indicating that they are creating a positive environment for themselves.”

The region's most popular apps are for social networking and messaging, with 84 percent and 62 percent, followed by photo and video platforms with 58 percent and video games with 55 percent. Brazil is the country that has the highest usage of gaming, finance and banking, as well as shopping apps of any country in the region. Colombia, meanwhile, ranks as the country with the highest use of educational apps in the region.

In the workplace, users in Latin America have also observed significant changes, with one of the main ones being the change in the time that each person spends on specific activities. According to the report, 47 percent of people spend more than two hours of their working day on social networks, closely behind e-mail, which is positioned as the most-used channel. 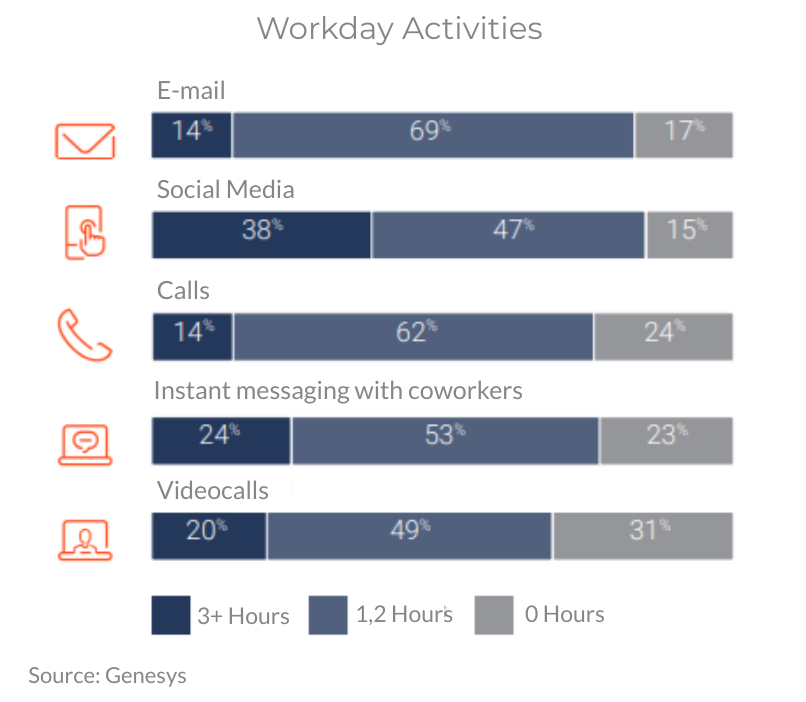