Facebook joined Apple, Microsoft, Amazon and Alphabet in the trillion-dollar club after a judge dismissed an antitrust complaint by the US Federal Trade Commission (FTC) and a coalition of state attorneys general. On Monday, Mark Zuckerberg’s company’s shares closed 4.2 percent higher at US$355.64, surpassing US$1 trillion in market capitalization for the first time. The judge ruled that the FTC did not provide enough facts to support the argument that Facebook monopolizes social networking, leaving the trade commission 30 days to file an amended version of the complaint. It also dismissed a lawsuit filed by 48 US states in December, arguing that they had waited too long and could not challenge long-standing acquisitions.

In its complaint, the FTC had alleged that Facebook violated the country's antitrust laws by acquiring startups like Instagram and preventing others from accessing its services. “We are pleased that today’s decisions recognize the flaws in the government complaints filed against Facebook,” the company said in a statement. In May 2021, Facebook accounted for nearly 71.8 percent of all visits to social networking sites in the US, according to Statista data. 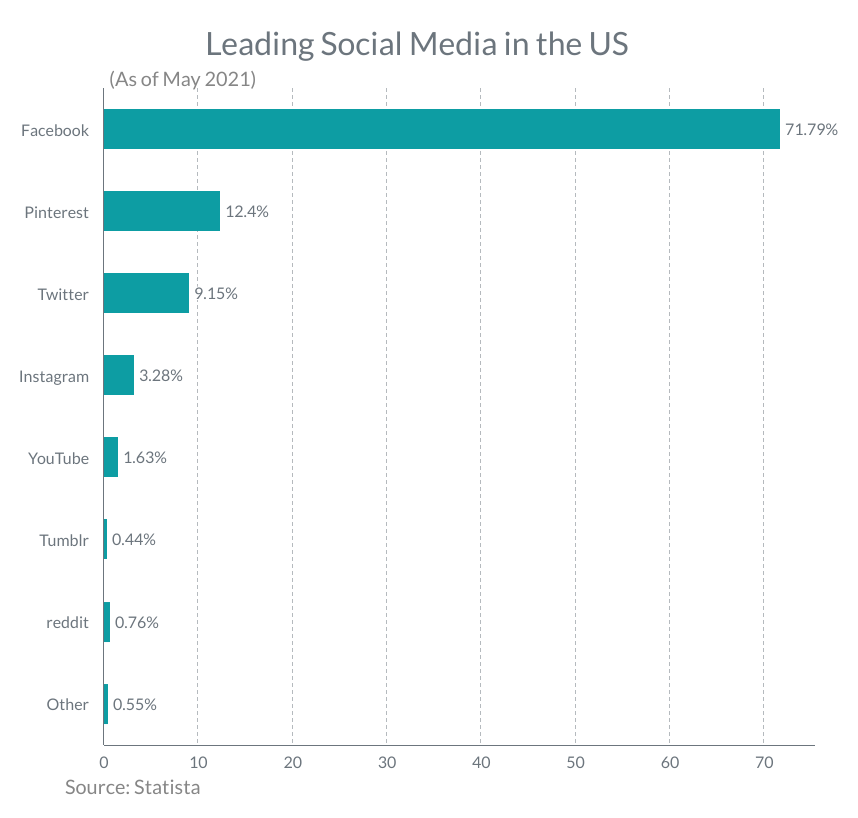 Since its initial public offering in 2012, Facebook has diversified its business beyond the popular social network, acquiring platforms such as Instagram, WhatsApp and most recently virtual reality gaming company BigBox VR. In its 1Q21 report, Facebook beat analyst estimates as its revenue surged 48 percent year-over-year to US$26.2 billion, a 94 percent increase in net income. Analysts were expecting revenue of about US$23.7 billion. The strong performance, said Facebook’s CFO Dave Wehner, was underpinned by “sustained growth in the digital economy and our continued success in helping businesses engage with consumers across our services.”

Currently, Zuckerberg's company makes almost all of its revenue from personalized ads shown to users on Facebook and Instagram. In 1Q21, the company's advertising business was boosted by a 30 percent year-on-year increase in price per ad and 12 percent more ad impressions across all of the company’s services, its report showed. 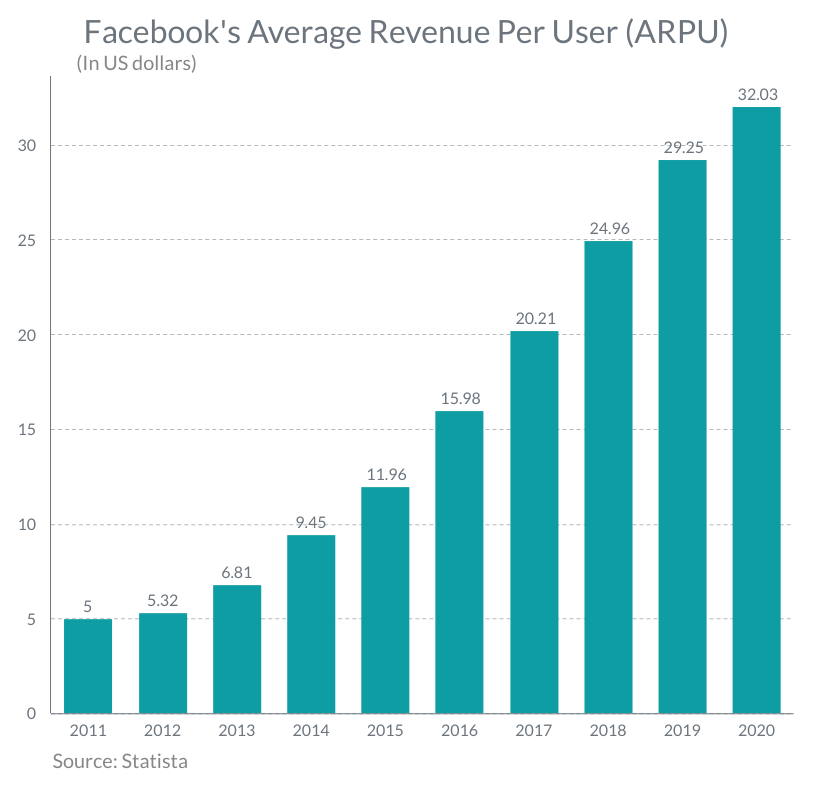 In recent years and following the e-commerce boom due to the pandemic, Facebook has focused its efforts on developing and strengthening its e-commerce architecture. In its latest financial report, CEO Mark Zuckerberg referred to these efforts as a key part of delivering a personalized experience to users. “Commerce has been growing in our services for a while, but it has become a lot more important as the pandemic has accelerated a broader shift towards businesses moving online,” he said and added that the company now has more than one billion monthly active users who visit Facebook’s Marketplace.

In Mexico, Facebook’s marketplace is also taking its first steps. In early March, Ricardo Sheffield Padilla, head of the Federal Consumer Protection Agency (PROFECO) presented a so-called ‘Digital Distinctive’ to enable consumers to distinguish between a formal and an informal supplier on the web. “The (commerce) that does not have the badge is similar to the flea market or a seller at the traffic light. What is the traffic light for e-commerce? Facebook,” Sheffield said.