Mexico is a privileged and promising country. Its strategic geographical position, labor force, its long-standing relationship with companies have made it the number one destination for startups in Latin America. "Mexico City has a population of more than 20 million people and, in my opinion, it is the ‘heart’ of Latin America. It is where the ideas of the whole region come to, are tested or launched," Being in Mexico is an advantage, due to its proximity to the US and other regions , as it facilitates access to capital and talent from all over the world," says Jia Li Tan, investment expert from ALLVP.

According to a research carried out by ALLVP, a venture capital fund, Mexico is the main destination for the expansion of startups, as is the case with Colombian companies such as Rappi and 16 other startups. After Mexico, Brazil and Argentina are the top destinations. “There are about 700 million people in Latin America, with Mexico and Brazil being the biggest potential markets. In part, because Mexico is so close to the US, it is open to digital transformation. The country has a very rich food culture with many local chefs who cook great food with love. This is something we love at Rappi. The government is also open to investment and does not over-regulate,” said Alejandro Solis Director General of Rappi in an interview with Mexico Business News back in 2019. 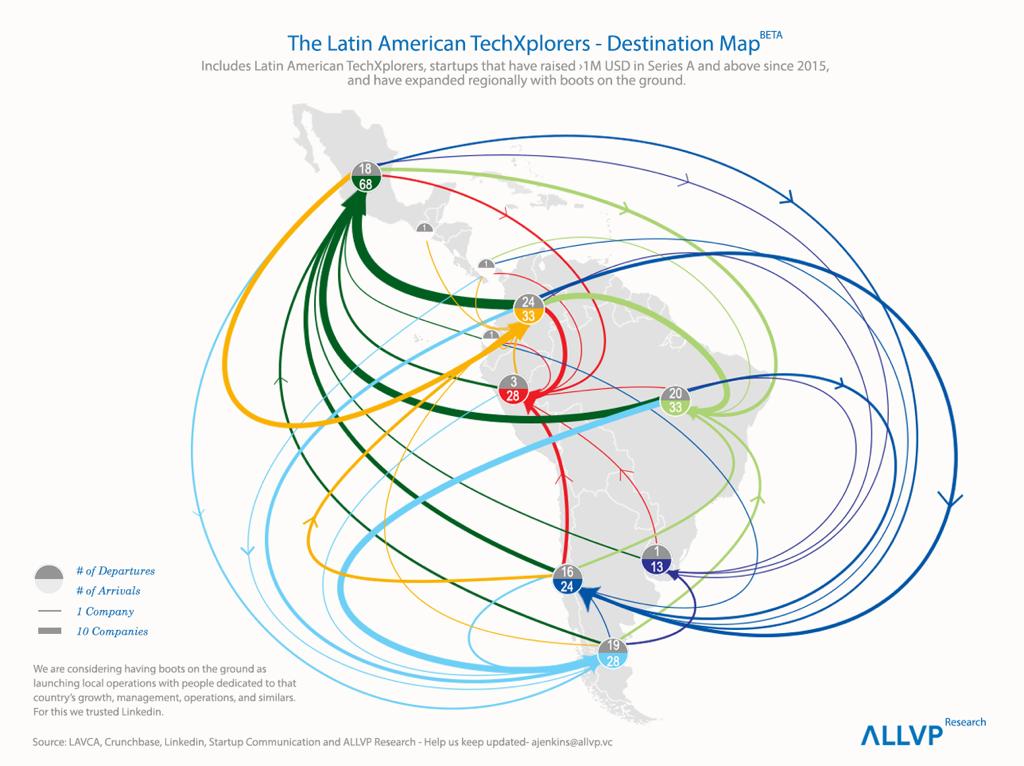 According to the research, 68 percent of Argentinean startups have expanded to Mexico and 63 percent to Brazil and were among the first to expand outside their home country. Mercado Libre is a perfect example. The e-commerce company arrived in Mexico in August 1999 and during these 21 years has achieved an expansion throughout the region.

“Mercado Libre will continue expanding its logistics solutions, increasing the capacity at our distribution centers. Stock and storage represent 43 percent of already sold products in the country. Mexico keeps growing far above Latin America as a whole, and it’s a key market for MercadoLibre this year,” told to MBN David Geisen, Country Manager of Mercado Libre in June.

“I see Latin America as the next technological frontier. Over the next 10 years, I firmly believe that we will see 10x the number of unicorns than in the last 10 years,” wrote for MBN Courtney McColgan, Founder and CEO of Runa HR back in August. “First off, it hosts an incredible market opportunity. There are 620 million people and over 17 million businesses across the region. Even if you are just focused on Mexico, which hosts 126 million people and over 4 million businesses, you have the ability to build a billion-dollar business by just capturing a tiny fraction of the market,” she pointed out.