A formal investigation has been opened by US auto safety regulators into 580,000 Tesla vehicles sold since 2017 over the electric vehicle maker’s decision to allow games to be played on the front center touchscreen, reported Reuters.

The preliminary evaluation includes 2017 to 2022 Tesla Model 3, S, X and Y vehicles. The “Passenger Play” functionality in these vehicles “may distract the driver and increase the risk of a crash. (We) have confirmed that this capability has been available since December 2020. (Before then), the game feature was enabled only when the vehicle was in Park,” said the National Highway Traffic Safety Administration (NHTSA).

The agency argues that “Tesla’s gameplay functionality is visible from the driver's seat and can be enabled while driving the vehicle." While the automaker has not provided any comments regarding this situation, the Governors Highway Safety Association said it was pleased with the safety investigation and wants “to remind all drivers to be alert and focused on the road when you are behind the wheel."

Distracted driving accounted for 3,142 US road deaths in 2019, according to NHTSA. While this figure is considerably high, “safety advocates have said official figures underestimate the problem because not all drivers involved in crashes later admit they were distracted,” reported Reuters.

The latest Tesla update added three new games: Solitaire, a jet fighter and a conquest strategy game. Although the screen warns that playing while the car is in motion is restricted for passengers, a driver could still play by simply pressing a button, reported The Times. Since 2013, automakers must “factor safety and driver distraction-prevention into their designs and adoption of infotainment devices in vehicles," according to NHTSA. The agency recommends that in-vehicle devices must be designed so that they cannot be used by the driver to perform distracting secondary tasks while driving.

Electric vehicle sales in Mexico are still incipient; however, Tesla’s footprint in the country has grown since its arrival in late 2015. Although the automaker does not report sales to INEGI, unofficial sources say Tesla has sold around 2,000 vehicles in Mexico. Tesla recently opened its fourth showroom in the country. The store, located in Merida, Yucatan, joined the two in Mexico City (Masaryk and Insurgentes Sur) and the one in Guadalajara, Jalisco.

On June 15, 2021, Tesla opened its first supercharger in the Mexico City-Acapulco highway, which is the first of its kind in Latin America. Currently, Mexico has 20 superchargers. Regarding production, the Mexican automotive sector has a greater participation in Tesla’s operations. Model X and 3 vehicles have 25 percent of Mexican components, while Model S has 15 percent of Mexican auto parts, according to Forbes. 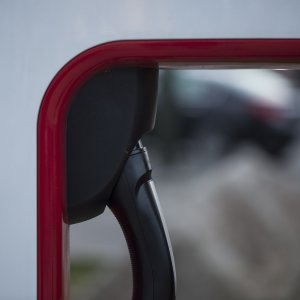 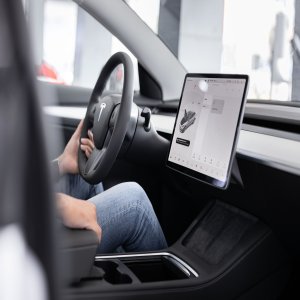