Technology stocks closed at a loss on Monday night after an investor sell-off followed the renomination of Jerome Powell to the US Federal Reserve; he is expected to raise interest rates into 2022 to curb a 30-year high inflation rate. Rates are also up in Mexico, Canada, Brazil, Germany and the UK, sending a clear market signal to investors that growing stock will likely lag.

The US S&P 500 had initially risen early in the day upon Powell’s renomination but ended up closing with a 0.3 percent deficit. Meanwhile, the technology sensitive NASDAQ closed even lower, with a loss of 1.3 percent after hitting an intraday record earlier in the session.

Startup techs observed the greatest loss, in some cases dropping off by as much as 20 percent as investors sold knowing that they would likely be hurt by the value of future cash flows. Asana, a task and project management software company, dropped by a whopping 22.7 percent. Cloudfare, a web infrastructure and website security company, dropped off by almost 12 percent.

Contrastingly, some tech giants raced ahead into new trading territory. Top performers included Alphabet (Google), Amazon and Apple. Of the two trillion-dollar club, Microsoft was the only one to backslide, moving down 1 percent at closing.

Mexico’s Stock Exchange (BMV) on the other hand observed a sixth day of consecutive losses, closing Monday with an additional loss of 0.62 percent. “The Index of Prices and Quotations (IPC) of the Mexican Stock Exchange closed with a loss of 0.62 percent, spinning six sessions downwards in which it accumulated a contraction of 2.37 percent,” Karla Bajos, Analyst, Banco Base, told Efe.

Overall, global economies are struggling to control inflation, which has forced central banks to respond with higher inflation rates that will disproportionally hurt startup businesses, likely hurting their medium and long-term growth. Startups in the EU face more challenges posed by a fourth COVID-19 wave which has prompted some governments to consider additional lockdowns. 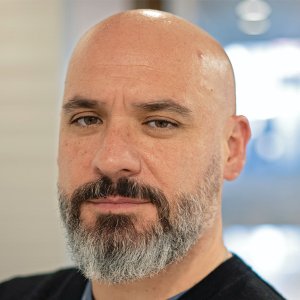