The video game industry has become the great unicorn of the COVID-19 crisis. According to a report recently published by consulting firm Newzoo, that specializes in gaming and e-sports, this industry will grow 9.3 percent by the end of 2020 compared to 2019 and will end the year with US$159.3 billion in revenue. Latin America will be the region with the highest penetration, with an estimated 8.9 percent growth over the previous year, although it only accounts for 4 percent of the global sales. The Asia-Pacific market, thanks to India, China and Japan, will account for 48 percent of all revenue, followed by North America (US and Canada) with 26 percent and Europe, Middle East and Africa, which will account for 22 percent of sales.

Newzoo’s report takes into account the current situation, with billions of citizens around the world confined to their homes. E-sports has now become the perfect substitute for sports competitions, which have been stopped or suspended in the main world markets. The most positive example is EA Sports, a subsidiary of Electronic Arts, a company that has managed to satisfy the adrenaline rush of fans around the world thanks to the creation of online competitions of its game FIFA20 in collaboration with competitions such as LaLiga, Premier League, Bundesliga, CONMEBOL Libertadores, MLS, NFL and LigaMX. “Electronic Arts has approached the situation with a clear focus on making it easier for its sport partners to create fun and entertaining content and competitions for all sports fans. It has done so on a non-profit basis,” said Yeray Romera, Head of EA Sports Marketing for Latin America, in an exclusive statement to Mexico Business News. “We have reinforced the recommendation of the authorities to stay home through our 'Stay Home. Play Together' strategy,” Romera says.

The industry has grown tremendously since COVID-19’s mandatory confinement measures in many countries. This, however, has also led to some negatives exemplified by Nintendo. The Japanese company, as explained by its President Shuntaro Furukawa during the presentation of 1Q20 results, has been forced to delay the launch of some games. “The delays in production and shipments are gradually being recovered. If the effects of the coronavirus are prolonged or worsened, development schedules may be affected due to working environments and working from home instead of the office,” Furukawa told his shareholders.

In terms of video game platforms, the most successful in 2020 will be smartphones, which, thanks to their accessibility and popularity, will grow by 13.3 percent. However, according to Newzoo, growth will be based more on the number of players than on income, due to difficulties companies have in monetizing these products. Following smartphones are consoles with 6.8 percent growth (US$45.2 billion) and PCs with 4.8 percent growth over 2019 (US$36.9 billion).

The video game industry’s revenues have long outpaced the other two industries on the entertainment podium: music and movies. Moreover, according to Newzoo’s estimates, the industry will not stop growing in the coming years. Thus, the total revenue by the end of 2023 is expected to be at US$189 billion, making it, along with professional sports (which today counts unemployed participants around the world), humanity’s favorite hobby.

An example of this success can be seen when comparing the highest grossing film in history with the most successful video game in history. According to GamingScan, in 2019, Avengers: End Game, a Marvel movie, made US$858.3 million in box office revenue during the weekend it was released, while in 2013, Grand Theft Auto V, a Rockstar Games title, made more than US$1 billion during the first three days it was on sale. In other words, the paradigm shift is real. In 2019, the world box office for movies was US$41.7 billion, while music had a revenue of US$19.1 billion.

However, confinement has also created several problems in an industry that is almost 100 percent dependent on communications and internet connections. In March, with much of the planet already confined, the Xbox Live service, Microsoft’s platform for online gaming, suffered several problems that prevented its subscribers from accessing the platform. The main focus of the problem was the US and some areas of Canada, although countries like Mexico, especially Mexico City were also affected.

Meanwhile, Epic Games, producer of Fortnite, one of the world’s most successful online games, decided to cancel the game’s World Championship as a result of COVID-19. The company’s goal was to hold this event in July this year, although it will be necessary to wait until 2021 for the e-sports competition that gives out the most money in prizes. Last year, the championship was held at the Arthur Ashe Stadium in Queens, New York, which has a capacity of 23,000 and is the usual venue for the US Tennis Open. Kyle Giersdorf, a 16-year-old player from Philadelphia took home US$3 million. 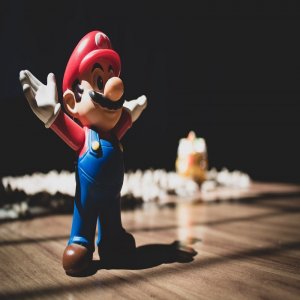 The Video Game Industry: the Unicorn is Real in COVID-19 Times