It has been five years since Daimler and the Renault-Nissan Alliance established their first joint investment. Now, 12 projects later, both companies have decided to establish a new venture in Aguascalientes. The Cooperation Manufacturing Plant Aguascalientes (COMPAS) will be 50:50 owned by Daimler and Nissan, with a joint investment of US$1 billion. The unique aspect of this undertaking is that it will be focused on the manufacturing of premium compact vehicles for Daimler and Nissan. On Daimler’s side, the company has decided to produce Mercedes-Benz units, including two or three models of the five to seven cars that will comprise the new generation of MercedesBenz compact cars to be launched in 2018. Meanwhile, Nissan has determined it will manufacture the new generation of its Infiniti models. When fully operational, COMPAS will have a total production capacity of 300,000 vehicles, equally divided between Mercedes-Benz and Infiniti units. However, the plant will increase its production gradually, starting with an initial goal of 230,000 vehicles. This number will change depending on the capabilities of each company, favoring one or the other according to their specific targets. COMPAS is expected to start operations in 2017, building its first Infiniti models before rolling out the new Mercedes-Benz line by 2018.

This Daimler and Renault-Nissan venture will cover 110 hectares and will be constructed adjacent to Nissan’s A2 plant. The project is expected to generate 3,600 direct jobs by 2020. Contrary to Nissan A2, this plant will rely less on automation given the high quality standards required for these vehicles. Pedro Tabera, President and Director General of Mercedes-Benz Mexico expects that the production of 150,000 new Mercedes-Benz units will require 2,800 employees trained in specialized processes. “Although this might be more expensive, it is what gives us an advantage in the market,” he explains. “There will be Germans involved in the project at first, but we have strong ties with the government to prepare local students from Aguascalientes and Guadalajara. Recruitment will begin in the summer of 2016 and we will bring some Mexican engineers to Germany for training courses.” COMPAS will be managed by an international team from Daimler and Nissan, and it will be the first plant for Mercedes-Benz in the NAFTA region. “It is probable that Mercedes-Benz will sell around 80-85% of its production to the US. At the beginning, we expect about 5% of our Aguascalientes production to be sold in Mexico. The difference will be made up by exports to Europe, given the FTAs in place to facilitate exports there,” Tabera explained. “The biggest priority is to reach Mercedes-Benz’s quality standards, which are the highest in the industry, and to have our factory in Mexico match the quality level found at any of the other nine Daimler passenger car plants.”

COMPAS will offer easy access to the US, which will be the main market for both brands. The plant is well connected to the US by rail, as well as to Mexico’s Atlantic and Pacific coasts. Furthermore, Mercedes-Benz and Infiniti will benefit from Nissan’s experience in logistics, being able to get cars to the US in a matter of days. There will also be a strong collaboration between Daimler and Nissan in terms of technology. “We will work together to see what processes could be merged and which others must remain separate. In all our projects with the Renault-Nissan Alliance, one of the three brands is appointed as the project leader. In Aguascalientes, Nissan is the appointed project leader, although Mercedes-Benz will bring its own engineering, development, and quality control teams,” says Tabera. 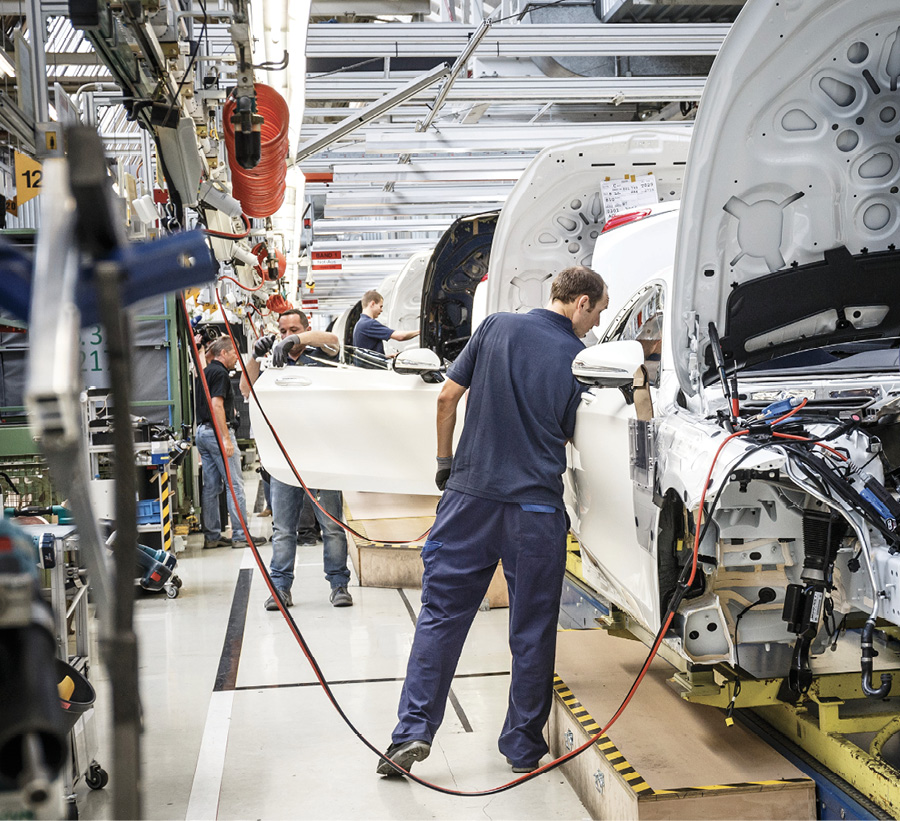 The COMPAS plant will be designed to accommodate the same chassis for both product lines, while being able to include different bodies. Given that Mercedes-Benz has a lifecycle of seven years for its cars, this strategy will offer ample flexibility to make any changes based on the needs of the US market. Furthermore, the plant will be structured to allow Mercedes-Benz to manufacture any model the company chooses. “To some extent, we will be adopting Nissan’s JIT approach to make our plant modular, in order to lower our stock as much as possible, and make the production easier,” states Tabera. From a supply standpoint, COMPAS will have a strong effect on the development of Aguascalientes. Nissan already has a well-developed supplier network for its A1 and A2 facilities, while Daimler has already created a special procurement division in charge of quality control for its new suppliers in Mexico. “NAFTA agreements specify 70% local content requirement for our production, which we will achieve by developing Mexican suppliers and convincing our German suppliers to build new plants in the country. Some of our new providers will have to change their processes to be part of our supply chain but we are confident of reaching the 70% target.”