The COVID-19 pandemic and USMCA’s enforcement on July 1 have put the automotive industry in North America in a complicated spot that resembles the 2008-2009 economic crisis scenario. However, these moments are different as the sector has learned from that experience. Eduardo Solís, former Executive President of AMIA, and Alicia Masse, Principal Advisor at GlassRatner Capital Group, discussed the state of the automotive industry in North America during the webinar: "Leadership Tools to Successfully Navigate Uncertain Times."

"The automotive industry has generated a record-high surplus of US$89 billion in 2019 for Mexico. The country is the sixth-largest vehicle manufacturer, fourth-largest exporter and the No. 1 manufacturer in Latin America. Production and exports grew quite nicely coming out of the 2009 crisis but the effects of COVID-19 were evident during April and May,” said Solís.

Before NAFTA, México contributed 7 percent (1.08 million) to North America’s vehicle production, Canada 15 percent (2.2 million) and the US 78 percent (10.9 million). In 2019, Mexico’s share is now 23 percent (4 million vehicles), Canada’s is 12 percent (1.9 million) and the US’ is 65 percent (10.9 percent). The region contributes 18 percent of the world’s vehicle production. Reviewing the US’ vehicle trade, 52.2 percent of total imports come from Mexico and Canada, while 48.3 percent of all US vehicle exports go to Mexico and Canada.

After USMCA’s enforcement on July 1, NAFTA’s 62.5 percent of original content increased to 75 percent over a three-year period and included specifics for core parts, complimentary parts and other auto parts. Stricter still, according to Solís, is the requirement of 70 percent of steel and aluminum purchases that have to come from North America. USMCA’s labor value content (LVC) rule establishes an initial 25 percent LVC for heavy vehicles, increasing to 40 percent in a three-year period, and an initial 30 percent increasing to 45 percent in the same period for light vehicles. “LVC refers to places where salary is US$16 per hour, which is another way to say the US and Canada,” said Solís.

“Rules of origin are quite stringent. But there is a temporary waiver according to the treaty as OEMs can negotiate with the authority of the importing party a temporarily transition regime. For instance, US OEMs will have to sit with the USTR and explain how they will arrive to the stablished percentages. The original three-year period could be extended up to five years. Many companies have done that with specific models,” said Solís.

Differences between COVID-19 and the 2009 financial crisis.

Messe highlighted lessons learned from the 2009 financial crisis. “The automotive industry learned a lot from 2008-2009. As we entered into COVID-19, what we found was a reduction similar to what we had in 2009,” she mentioned. Reviewing the figures, North American light-vehicle sales emerged from the recession and grew by an annual average of 9 percent over a six-year period from 2009 to 2015. “Volumes remained stable from 2015-2019 and remained healthy in 2020 before the pandemic," she said.

Solís highlighted the effect of the pandemic on new vehicle demand in North America. “We expect that by the end of the year, the US will see a drop in demand by 25 percent while in Mexico demand for new vehicles will drop accordingly. Thus, as companies resume operations, production will not ramp up to pre-pandemic levels. We are not going back to the numbers we saw in 2019. We are going to see 2019 numbers by the end of 2022 or 2023,” he mentioned.

The biggest gap in demand for new vehicles is among fleet purchasers and rental fleets. According to Masse, fleet sales declined significantly in April and May. Data shows a continuing streak of significant monthly declines since the pandemic. The rental fleet segment is experiencing the most significant drop as travel ground to a halt for approximately eight weeks and is expected to recover at a gradual pace for the rest of 2020. “You will not see us producing at pre-COVID-19 levels because fleets are not certain about when they are coming back,” Masse said.

A key difference between 2009 and 2020 is how ready companies were in terms of liquidity and the region’s economic performance. “When COVID-19 reached the region, the three North American economies were performing strongly. But as the lockdown went on for weeks in the US, the entire supply chain in North America started to feel the effects of the pandemic,” said Masse.

“Suppliers should be very disciplined about understanding their liquidity. There is a standard in the industry where you do a 13-week cashflow update every week to make sure that the numbers are close to the forecasts. This gives you a 90-day outlook to be able to implement actions in that period to manage your liquidity,” said Masse. 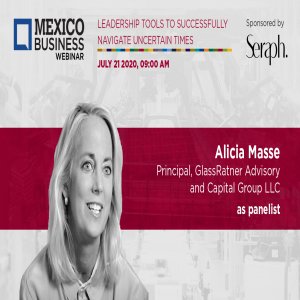 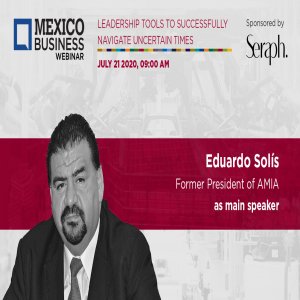 Mexico Plays Quite a Relevant Role in the Industry: Eduardo Solís 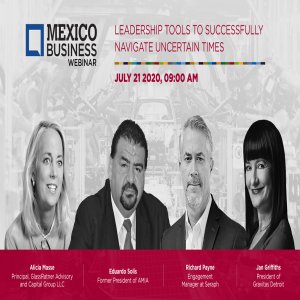 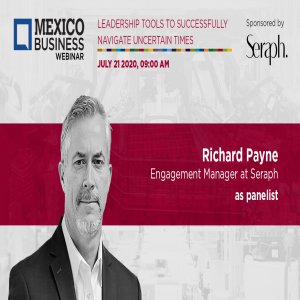 Relocate, Consolidate: Decisions to Make in Times of COVID-19 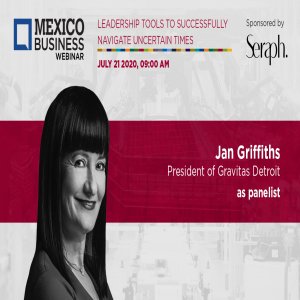 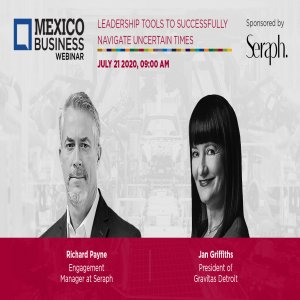