When my administration first started, we noticed that the Mexican economy was growing at levels below its potential, with existing limits for productivity, investment and innovation.

To overcome these challenges and guarantee improved living conditions for the Mexican people, we identified the actions that we needed to take on four different fronts: implement structural changes to eliminate legal and institutional barriers; consolidate the country’s macroeconomic stability; generate a new economic promotion policy; and promote a more balanced regional development.
From the first moment, we bolstered measures to transform the quality of education that kids receive, to increase competition and to generate new investment opportunities. My administration also promoted changes that introduced a new legal framework that will provide prompt, timely, expedited and standardized justice across the country.

Despite a complex international environment, the Mexican economy is growing at rates above 2.1 percent, surpassing the growth registered in the previous two administrations. Our country is attracting investments and generating employment as never before. During the present administration, the country has received over US$156 billion in Foreign Direct Investment and for the first time in history, we are about to reach 3 million new formal jobs generated in a presidential administration.

Mexico continues to break records in manufacturing and agricultural exports, while improving its position as a global tourist destination. According to the World Tourism Organization, in only three years Mexico went from 15th to eighth place in terms of international tourist arrivals. This improvement is the result of an integral strategy of diversifying destinations and increasing competitiveness, which has consolidated the sector as an engine for economic growth, employment and well-being for Mexican families.
The Special Economic Zones were created to help reduce the inequality gaps that divide the southern part of the country from the center and northern regions. Their objective is to trigger new development hubs in regions that are lagging behind economically. We are also promoting productivity, competitiveness and balanced regional development with the expansion and improvement of highways, railroads, ports and airport infrastructure.

Due to the ensuing results from these efforts, we are sure that we are going in the right direction. Our country is transforming its economic structures, taking advantage of all its capacities and fulfilling its true potential. Today, Mexico is recognized as a strong, competitive and open nation. Mexican families are beginning to reap the benefits generated by the structural changes that have taken place and we see a prosperous future for them.

For all the positive changes that have taken place, further positive results will follow in the coming months and years. That is why it is utterly necessary to continue working to maintain the country’s macroeconomic stability, fully implement structural changes and consolidate the country’s infrastructure projects. This will allow us to improve the economy of Mexican families and generate an environment in which no one is left behind. 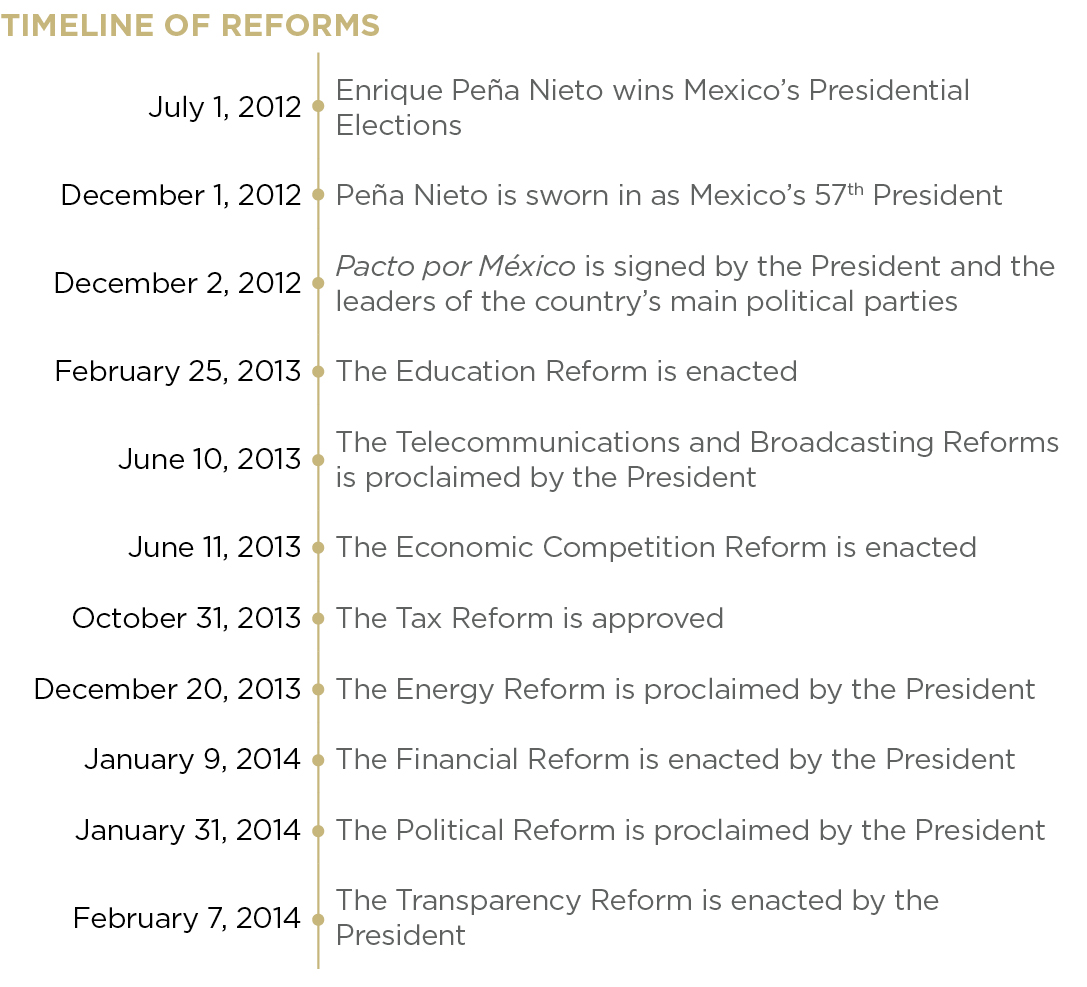