Tagging Technology for a Smooth Ride

Q: What contribution has TeleVía made to improving Mexico City’s mobility?

A: Electronic tolling used to be a monopoly. TeleVía provided an alternative and installed the first high-speed electronic toll collection system (ETS) in the country on the Circuito Exterior Mexiquense and in 2009, we installed a 100-percent ETS system on the Viaducto Bicentenario. In 2012, we reached the first interoperability agreement in Mexico, together with our partner I+D. This set the stage for the interoperability of toll roads that we are seeing now. Another factor in our success is that our business model is based on a prepaid account, whereas the electronic toll collection system that preceded us used the post-paid system, which requires a credit card.

Q: What services have you deployed to improve user experience?

A: When we started, we knew our strength was our technology and we wanted to place that technology in the hands of the customer. Our transponder is an active tag and is at least two times more efficient than any other tag in the market. This means that when a car drives under an antenna, our tag is sending and receiving messages. We invest considerably in our technologies to make the reading of the tags much more efficient and avoid backlogs on our highways. One of our priorities is to provide personalized service and we have eight customer- service centers to help achieve this goal. We also believe in having comprehensive information and to facilitate this we launched an app this year, which has had about 70,000 downloads.

Q: What obstacles have hindered the implementation and operation of that technology in Mexico?

A: Since the system was initially a monopoly, it was extremely difficult to obtain access to the various technologies necessary to develop the project. We were forced to seek suppliers in Europe and Canada to ensure productive negotiations and competitive prices. We also conducted a lot of research, importing best practices from Brazil and Chile to put together a successful plan here. The development of the project was complex due to the amount of research we had to conduct but it is now performing well.

Q: What were the best practices imported from Brazil and Chile?

A: In those countries, there is a foundation of government regulations that enables a free-flow system, which means there are no toll gates on the highways. As drivers cross the highways to their destination, the tag is read only once and users are charged as they go. In Mexico, the lack of regulations prohibits this. Because of this disadvantage, we implemented a combination of a gated entrance and a free-flow system at exits. The Viaducto Bicentenario, which was specifically designed for the prepaid system, was a pioneer for this project. A user must have a sufficient balance to pass through the gate and use the highway. This adaptation required a significant change of culture and user education.

Q: What role can toll companies play in reducing congestion during peak hours?

A: We installed the country’s first high-speed system on the Circuito Exterior Mexiquense. The former system was an extremely inefficient stop-and-go process wherein there was no certainty the tag would be read. It was often even less efficient than paying in cash. Our system ensures the tag will be read with certainty even at 80km/h. The high-speed system has helped the city’s mobility but now we have to take the next step, which entails a free-flow operation. To achieve this we must work closely with the authorities to see it through.

Q: To install the free-flow system what needs to be done?

A: We are collating and disseminating all the information and after measuring its efficiency compared to the current system, we will decide the best course of action. Right now, we are in the research stage, which is challenging because Mexico is a big country and there is a lot of interurban mobility with a diverse group of users. This complicates matters as different states must be involved and all the information must be confirmed with these entities. If we do not implement the free-flow system, I think the technology and the system we have will not satisfy customer demand going forward.

Q: To what extent do the socioeconomic aspects of these different regions impact the system?

A: Lack of credit card ownership is why TeleVía based its business model on the prepaid system. Our model allows customers to associate their account with a card but they also have the option of the prepaid system that can be topped up at convenience stores. When the first prepaid system was launched a few years ago it was extraordinarily well received.

Q: What were the main concerns when launching the 100 percent electronic toll highway?

A: Among the main concerns was that demand would fall short if people could not get the tags. Our goal was to make that easy so that everyone could gain access to the highway. We did this through commercializing tags at various points of sale, not only at big convenience stores. TeleVía has 1.3 million tags in the market but including our interoperability, we have around 3.5 million tags that can be used anywhere in urban areas. For concessionaires, the main concern was that users might not be in a position to pay for the use of the roads. With the mass distribution of tags, this issue has been addressed.

Q: How has the interoperability of urban roads enhanced the country’s highway system?

A: SCT launched its interoperability project and provided a limited time frame for completion. Thankfully, the authorities and involved companies provided investment, human resources and a significant commitment to reach this goal. The service we provide is at a competitive level and although there is room to improve, all involved parties are making invaluable contributions.

Running projects on such a scale always results in a number of issues but SCT has brought all parties together to jointly develop rules for the effective operation of toll roads. The interoperability system pushed by SCT has had tremendous benefits. Instead of needing four or five tags on a long-distance trip, users now only need one. We maintain a close relationship with both SCT and CAPUFE. We are dependent on them, and vice versa, for the commitment and investment necessary to complete and operate projects. 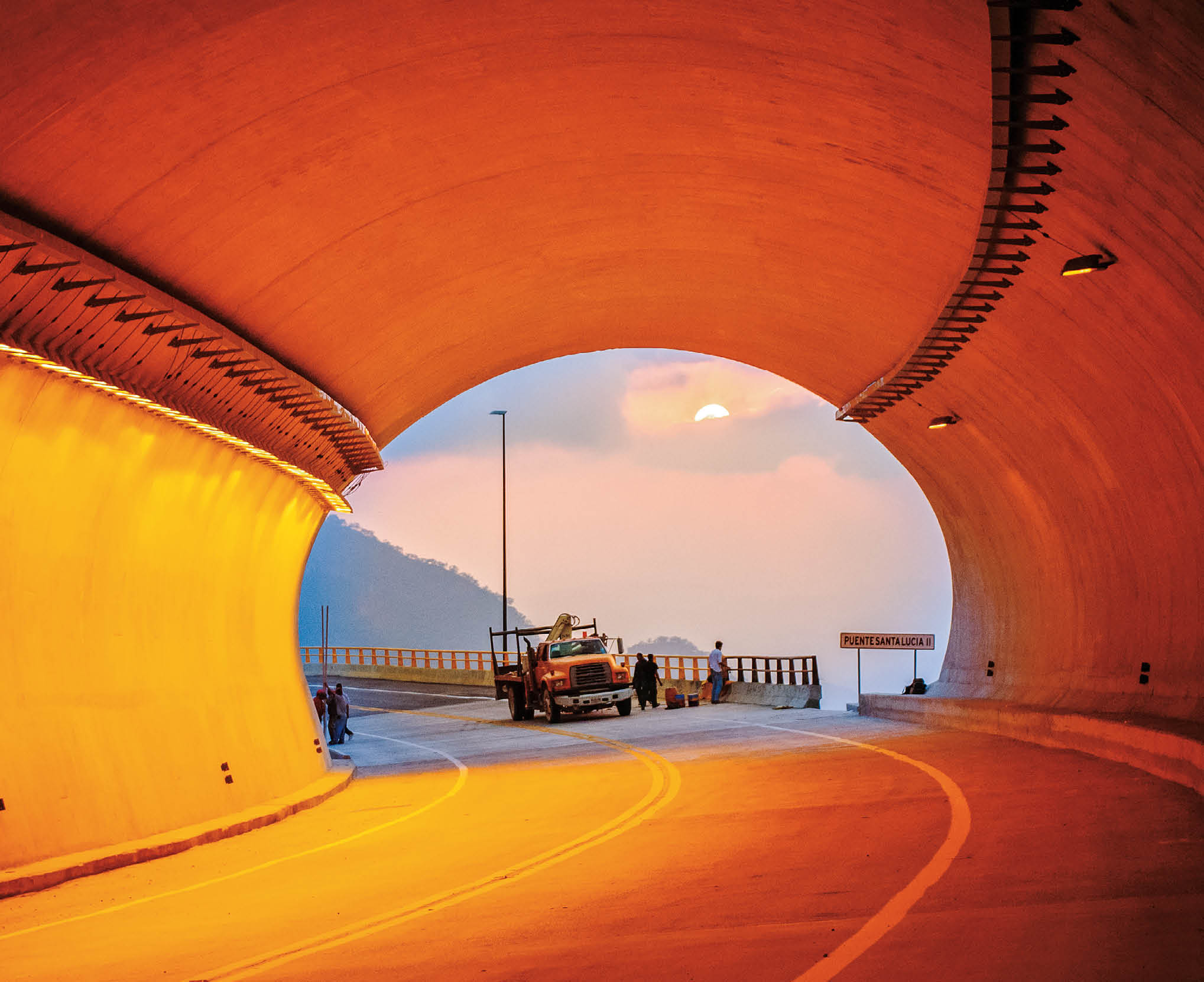