Mexico is the world’s leading producer of silver, and the Mexican Silver Belt (La Faja de Plata) is the world’s most productive silver district, with an annual production of over 10 billion ounces of silver and between 63 and 75 million ounces of accompanying gold production. This prolific silver belt extends for roughly 800km alongside the Sierra Madre Occidental mountain range and includes mining districts that have been in almost continuous production since the 16th century, such as Pachuca, Hidalgo; Guanajuato, Guanajuato; Zacatecas and Fresnillo, Zacatecas; Tayoltita, Durango; Francisco del Oro, Chihuahua; and Charcas, San Luis Potosi. The country is home to some of the world’s oldest and most sought after silver mining jurisdictions. It is believed that about one-third of all silver mined in the history of the world has come from Mexico. But even with such a rich history, this country’s silver mineralization is nowhere near depleted.

The predominant ore deposit types found in the Faja de Plata are veins, pipes, mantles, and stockworks of silver, gold, copper zinc and lead. The manifestations of mineralization are found almost all over the territory, with higher intensity in areas where metallogenic events were concentrated, forming deposits of great economic value. Production grades range from 5 to 30oz/t of silver with mining rates of a few hundred to 7,500 t/d. In terms of nonmetallic minerals it also produces oil aggregates, clay, sand, kaolin, gravel and dimension stones, among others.

Since the mid-1960s historic silver districts within the belt have yielded new ore zones. With new and more updated geochemical and geophysical techniques, mineral deposits that were overlooked in the past are now being discovered and transformed into mines. The majority of miners in the region extract the resources through underground tunnels. There are now dozens of junior exploration companies working hard in the region to find the next big silver deposit to attract foreign investment. Now that foreign investment is allowed, the region has the funds to use cutting deposits. There is still plenty of potential in this area, as mentioned above; it was not until the 1990s that the region became amenable to cutting-edge exploration technology in order to find new silver to unearth. In 2010 Mexico reclaimed the spotlight as the world’s largest silver producing country. According to INEGI, silver mining production doubled in Mexico between 2003 and 2012, and production levels rose at yearly rates of 24% in 2010, 8% in 2011, and 12% in 2012

Q: WHAT EXPLAINS THE PRESENCE OF SO MANY CANADIAN MINING COMPANIES IN THE MEXICAN SILVER MINING INDUSTRY?

A: Canada has one of the best stock exchange systems in the world - the Toronto Stock Exchange - and approximately 80% of all money raised worldwide for mining takes place there. Financial institutions and banks are very comfortable investing through Canada because of the strength, transparency, and tough regulations that protect investors. This has resulted in investors from around the world going through the Toronto Stock Exchange in order to access growing companies that are active in foreign jurisdictions. Simply put, the Canadian financial system has made it easy for the creation of mining companies, in the same way that the Mexican regulation system, NAFTA, and the Mining Law, make it attractive for foreign companies to invest in and create businesses in Mexico. It is a win-win situation for both countries. 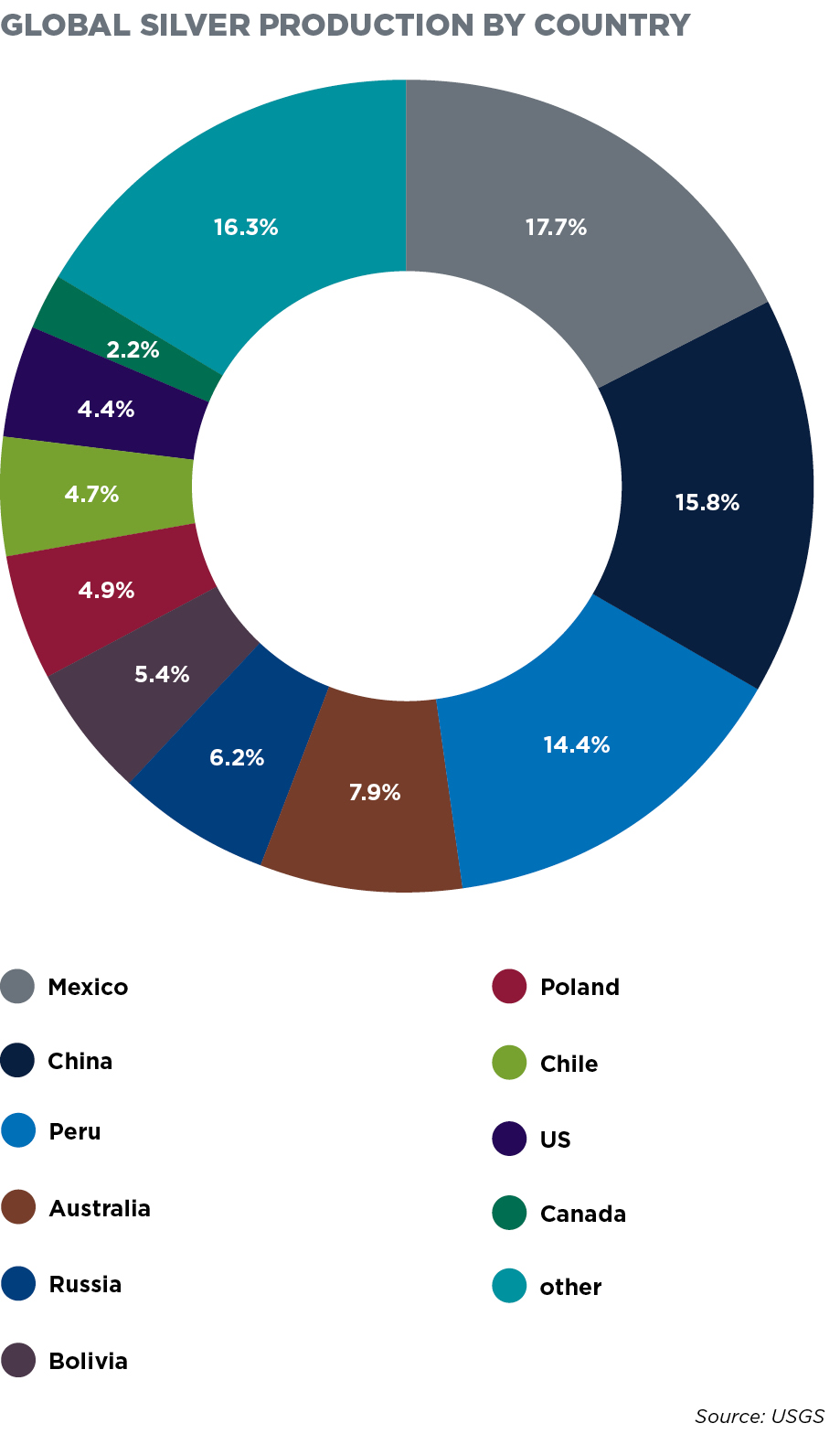