Q: What role does the Ministry of Finance play in the oil and gas sector?

A: The Ministry of Finance and Public Credit has a deeply relevant set of responsibilities, mainly on the side of the hydrocarbon contracts and the way in which these should be calibrated and measured when it comes to the secondary legislation, which were issued in August 2014. These responsibilities are also related to the economic and fiscal conditions of the bidding processes and the contracts themselves, and to following up on the execution of those contracts from the point of view of the payments and their financial results.

Despite the Ministry of Finance’s long and intense relationship with PEMEX, it lacked a unit with the specific capabilities to execute its new attributes under the Energy Reform for the oil and gas industry. For this reason, the Hydrocarbons Income Unit was conceived and then established on November 1, 2014. The unit is in charge of developing the fiscal and economic conditions for the contractual models. Those conditions are contained in four specific annexes that the Ministry of Finance is in charge of developing, which focus on the structure of the payments, including the way in which companies will make payments, the procurement of items, goods, and services, and the accounting procedures. The income unit is responsible for creating that design, calibrating the contracts’ economic parameters, and then, once they are running, it must monitor and review the results. Should anything unusual appear, we launch audits to determine what is happening. The unit has also played an important role in the fiscal structure, not only from the point of view of the contract, but also on the corporate income tax, VAT, and all aspects that are related to the operations of oil companies. In the past, there was no need for us to do so because PEMEX was not subject to corporate income tax, and adhered to special rules when it came to VAT and import/export duties. We work in collaboration with SAT and other areas within the Ministry of Finance and Public Credit to create this framework that would not only be applicable to PEMEX, but to the entire set of new participants, with the purpose of generating certainty for the investments.

Q: What are the differences between the Ministry of Finance’s Income Unit and the Mexican Petroleum Fund, and what are their respective responsibilities and missions?

A: The Ministry of Finance is in charge of designing policies. We look at how to tax each particular contract depending on geophysical conditions, whether it is deepwater, shallow water, tight oil, or shale gas. We have to carry out an extremely technical analysis to decide upon the parameters involved in the contracts, the minimum price to be implemented in the bidding rounds, and the formula to determine the winning parties. The latter allows us to promote not only the companies that offer the most competitive economic proposal, but also the ones that are most willing to provide financing to back up their pledges. After doing this, we let the contract run and monitor its execution.

The Mexican Petroleum Fund, on the other hand, is in charge of collecting the proceeds from the contracts, calculating each party’s revenue when necessary, and informing the general public of the outcomes of each contract. This includes proceeds, payment instruments, the composition of these collections, and the way in which they are spent. The MPF must also inform the public of how much is channeled into each of the different stabilization funds, how much is directed into the general budget, and what surplus is placed into the fund’s core. The latter fund is then invested in order to generate a long-term savings account for the entire country. On a daily basis, we are the ones overseeing the fund’s operations, while the fund carries out the day to day executions of the financial aspects of the contract.

Q: How has the drop in oil prices influenced the whole financial plan for the different phases of Round One?

A: When we started designing the contractual framework, we strived to develop a contract that could work independently to the exogenous oil price factor. We put a system in place that is progressive in the sense that whenever rent appears, we can collect it and the contract adapts to it. If such rent is somewhat lower because the gap between costs and prices is narrow, we allow the project to continue using to several contractual mechanisms. These are the result of the fiscal design of the contract, or the bidding process itself. The contracts have the flexibility to adapt to different circumstances thanks to the mechanisms contained within them. This system allowed us to receive solid results for R1-L01, with bids moderately higher than we expected, despite the fluctuations experienced by the price of oil between the date when the contracts were launched and awarded.

Q: Given the fact that the design of the financial side of the contracts was heavily influenced by international best practices, in what areas has Mexico innovated and created its own financial scheme?

A: We have innovated with regards to the progressiveness of basic royalties. Typical fiscal frameworks around the world have a basic royalty tax, which is a percentage that must be applied to income. We built a small progressivity based on price into this basic royalty. Whenever prices are under a certain level, royalties are fixed, but should they rise above it, royalties start increasing as well. For example, when oil price is under US$48, the royalties are fixed at 7.5%, but above that price, royalties start increasing, meaning that for a price of US$100, we would observe a royalty at the level of 14%. We distinguish between condensates, natural gas, non-associated natural gas, and crude oil. One of the most interesting things in our contracts is the possibility of integrating these differentiated royalty rates. By using the price of production that is effectively observed in a particular contract, we are able to capture the implied quality of oil, as higher quality will fetch higher prices.

Q: Could you interpret PEMEX’s budget reduction plans from the Ministry of Finance’s perspective, and what does it mean in terms of PEMEX’s future ability to invest and meet its financial obligations?

A: The Ministry of Finance has carried out many analyses of PEMEX’s fiscal regime, and on average, it looks solid, but this average contains a vast amount of extremely poor and extremely promising projects. The NOC has a variety of cross-subsidies to optimize its costs, but over the past few years, these have spiraled upward. One of the items that PEMEX can use to promote efficiency and adequate terms is the migration to the contractual framework. This can be requested at any time, meaning that if a certain area is not economic because of a fiscal constraint, the NOC can request to migrate it to a contract with more adequate terms, and those new economic terms would be drafted by the Ministry of Finance. The best case scenario for us would be for the organization to eventually undergo this process, which will provide not only enhanced transparency but also greater budget flexibility.

Q: To what extent will there be any kind of special fiscal treatment for local content, due to the fact that the objective of the Energy Reform is to create value for the nation?

A: Mexico is subject to several treaties around the world, and we must abide by those first, before implementing measures to support local content. That being said, if we were to input similar clauses as other countries into contracts, this would immediately trigger non-conformity warnings from a partner in another country. We are being careful and doing our best to avoid distorting the local market, as what has happened in other latitudes has shown this is a potential danger. We are developing the competitiveness of companies in Mexico using other instruments. The contracts foresee that, under matching conditions, firms have to give preferential treatment to local content, but because that is difficult to enforce in practice, there are a few elements within the reform that encourage national companies to become competitive, avoiding them from having to rely on preferential treatment. We participate in a group with the Ministry of Economy in promoting these value chains, trying to transform small local companies into fully-grown service firms through training and credit support, among other instruments. 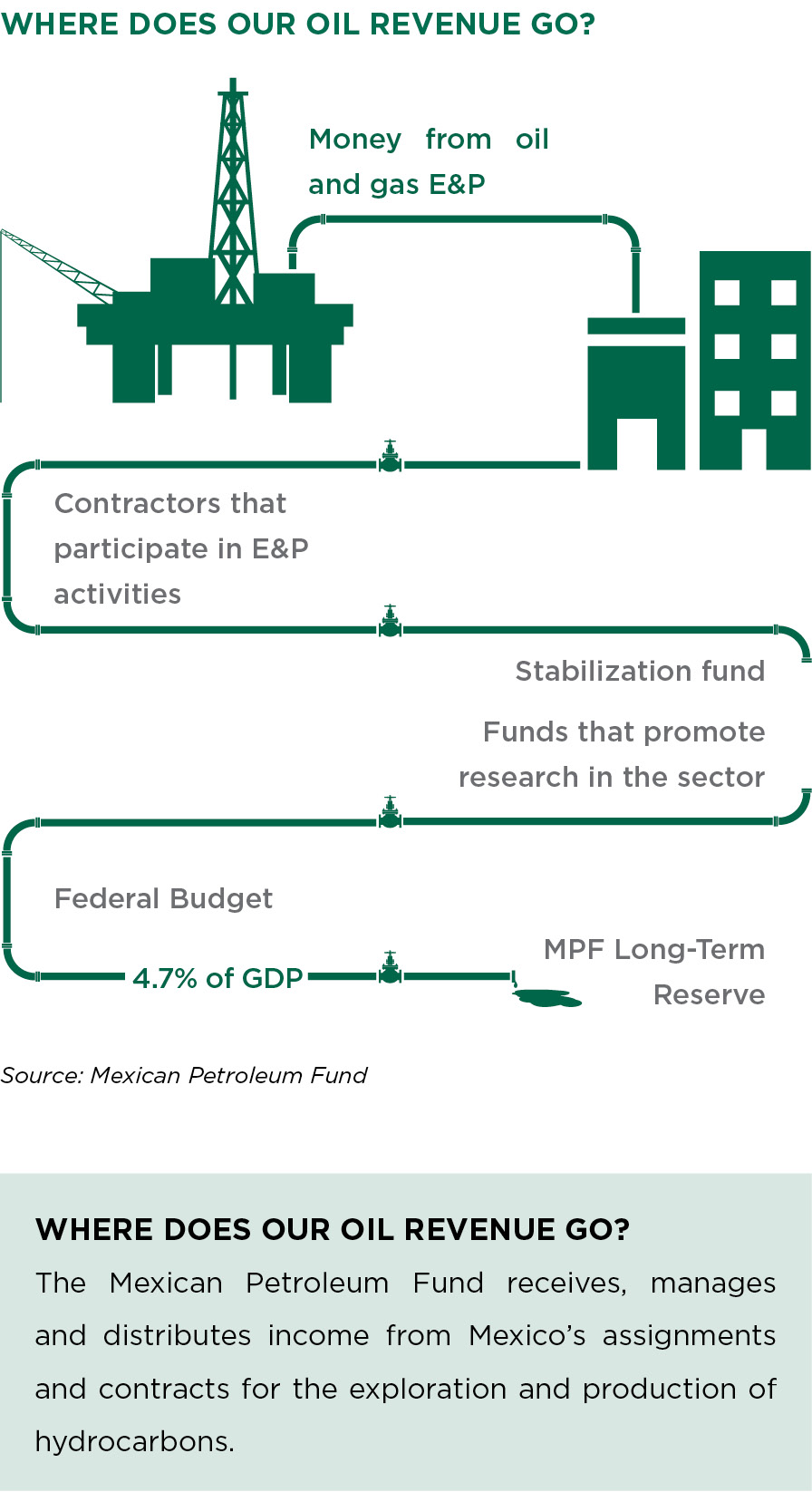