Mexico's oil production remained stable in November, further consolidating the upward trend that started in September. Experts believe that some of the industry's main challenges will be addressed in 2022, potentially giving the country one of its best years in oil production.

PEMEX has strived to increase production since the beginning of President Andrés Manuel López Obrador’s government. However, it has failed to do so due to its debt and the lack of resources necessary to improve its infrastructure and processes. In addition, the country and PEMEX have been affected by external events such as the fall in the price of oil due to the COVID-19 pandemic and the OPEC + agreements, in which the country agreed to limit its production and prices.

However, experts believe that PEMEX will have a better year in 2022 as the industry’s main challenges are expected to ease. As a result, PEMEX is expected to achieve a significant production increase for the first time since 2011, achieving its goal of 1.82 million barrels per day, reported BNamericas.

Other factors could further benefit Mexican oil production during 2022. First, many private assets are expected to start production soon, increasing the national output. Second, many of PEMEX's financial challenges will be addressed as the government announced more support and investment to alleviate debt. Third, Congress allocated US$29.7 billion to PEMEX in 2022, an increase of 16.8 percent compared to its 2021 budget. The Ministry of Finance also committed another US$3.5 billion to reduce PEMEX’s debt and free up funds for investments in production.

Fourth, production is expected to increase due to higher investments by PEMEX in some of its fields such as a US$828 million investment in In Ek-Balam to build a platform and several wells in 2022. In addition, the reopening of the well at Chicontepec, Veracruz, is expected to provide better returns than PEMEX's 20 priority fields.

Despite the challenges presented by the extreme uncertainty caused by changes in constitutional and environmental regulation, some experts forecast strong production during 2022. However, others disagree considering the challenges that arise as the world transitions to a low-carbon economy. “Adapting to a lower-carbon intense energy market requires material investments in reducing direct and indirect emissions. PEMEX’s weak capital structure will materially limit the company’s ability to maneuver through the energy transition,” said Lucas Aristízabal, Senior Director, Fitch Ratings. 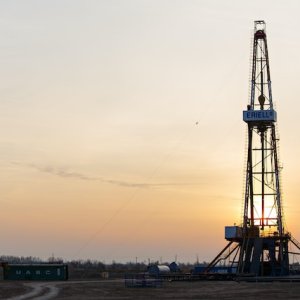