New Year’s wishes. President Andrés Manuel López Obrador shared three resolutions for the New Year in the form of wishes. First, he said he would like the pandemic to end so “that people no longer continue to suffer from this pandemic.” His second wish is to continue strengthening the culture of Mexico, which “is what has always saved us from calamities, the cultural greatness of Mexico. Also, that we do not forget where we come from, that gives us strength and identity, that we do not deny our origin.” Finally, he wished for there to be fewer poor people. “That basic food needs are not lacking, that no one suffers from hunger and that there is opportunity for studies, health, housing and work.”

Banxico. López Obrador once again said that the Bank of Mexico should focus on inflation and seek economic growth. “One function of Banxico is to control inflation, which we would like very much, but we only have an opinion, and that is that growth is also promoted,” said López Obrador. This is not the first time that the president has suggested that the central bank work to boost the economy, which is generally under the purview of the Ministry of Finance and not Banxico. Victoria Rodríguez Ceja, who from 2022 will become the governor of the central bank, was also present at the morning conference and disagreed with López Obrador’s view. “We must comply with our mandate, which is very clear, and that is to maintain price levels, which is a mandate that also benefits the most vulnerable,” said Ceja.

Revocation of Mandate referendum. López Obrador applauded the Electoral Tribunal’s actions to prevent the National Electoral Institute (INE) from postponing the consultation for the Revocation of the Mandate. “The most important thing, I go back to the beginning, is that there will be a Revocation of the Mandate and we must all participate,” said López Obrador. In a public session, the Electoral Court of the Federal Judicial Branch (TEPJF) determined that the General Council of INE lacks the power to postpone the referendum, saying that a lack of budget is not a force majeure cause to delay its implementation. López Obrador has called for the referendum on his presidency to be held in April 2022 in what his critics say is an effort to bolster his own power.

Scholarships for basic education. López Obrador announced the value of basic, upper secondary and undergraduate education scholarships would go up in 2022. Support has been provided to 2,105 million young people in the last three years, with an investment of MX$67.6 billion (US$3.2 billion). It is estimated that in 2022, the government will allocate a budget of more than MX$21 billion (US$ 1 billion) for the scholarships. 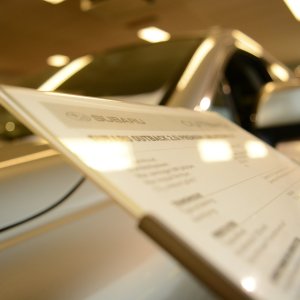