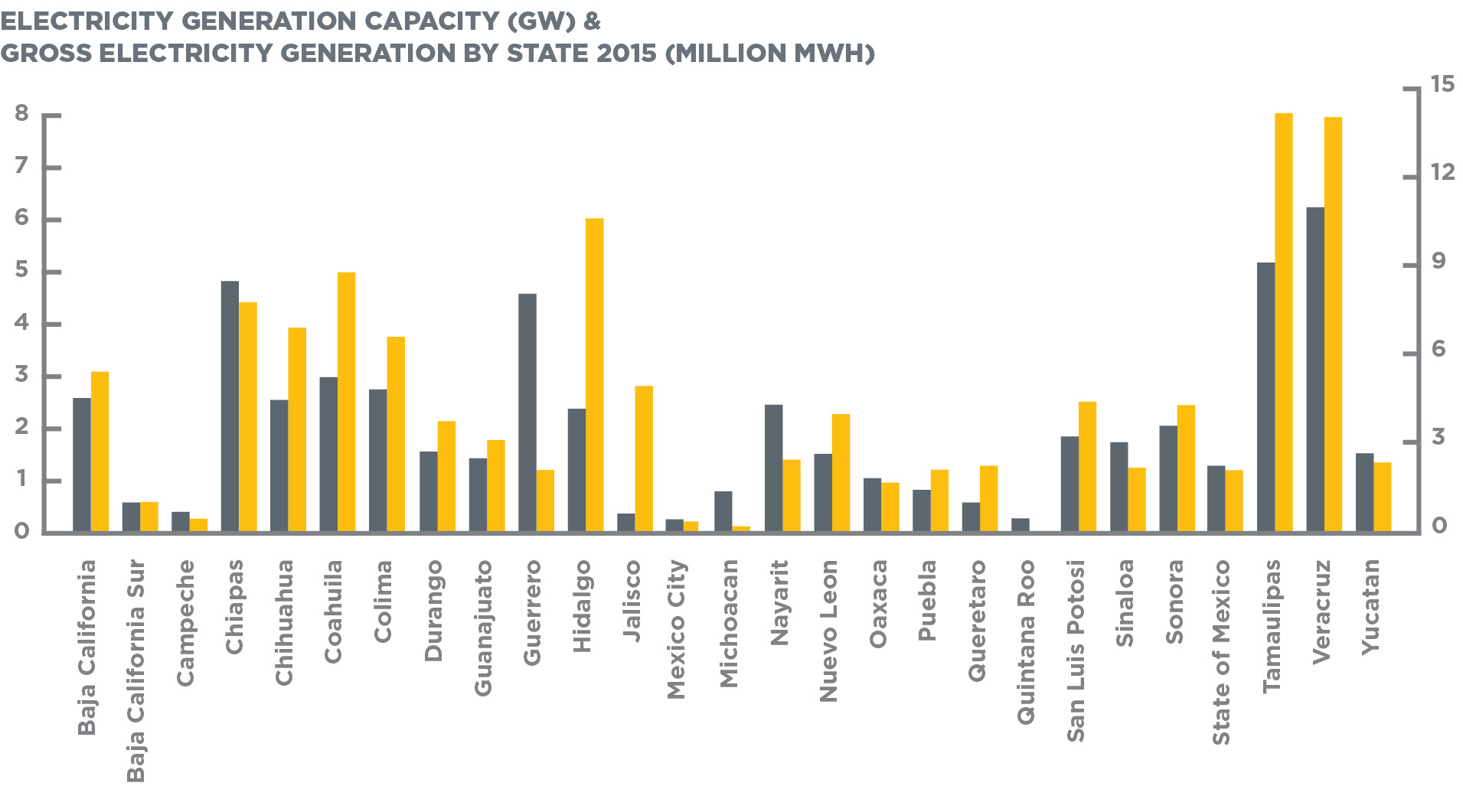 The federal government has planted the seeds for economic prosperity, and as the Energy Reform branches out, the fruits will be seen in all 31 states of the country, mapping out their individual roles in the energy industry. Tamaulipas, Campeche, Chiapas, Tabasco, Veracruz, Baja California, Chihuahua, and Nuevo Leon stand out from the crowd, as they are seen as the main states that will attract the most investment and create the most jobs following the Energy Reform. It is also expected that these regions will experience a surge in the construction of public and private infrastructure and energy clusters. While some states will exploit shale gas, natural gas, and oil, others will pour their attention into development of renewable sources. High on the list of priorities for these states is the formation of energy clusters, which will include universities, research centers, and private players. In addition, state governments must draft strong public policies that will enable them to land those coveted investments.

The two giants PEMEX and CFE are also strengthening their roots across the republic. It is undeniable that the Energy Reform has enabled the harvesting of development opportunities across different regions of the country, and local industries will have more room to breathe, grow and flourish. This is particularly true for the northern states, which have already set their eye on the opportunities brought about by the electricity market. While CFE’s west region administrative division contributes with 27% of the company’s installed capacity, the north and northwest administrative regions amount to 17% and 15% respectively. Nonetheless, the northern states are working on becoming serious players in the country’s electricity sector.

If Oaxaca is considered the home of wind power in Mexico, then Sonora is equally important for solar power. According to extensive research carried out by IIE, the irradiation received by 1% of the territory of Sonora has the potential to power the entire country. In fact, the amount of solar irradiation is one of the highest in the world and is comparable to the Saharan desert. Players are spotting opportunities to export solar power to the US, particularly to California, New Mexico, and Arizona. With 320 days of continuous sunshine, developers are jumping at the chance to invest here. In early 2015, CRE approved 37 solar energy projects and, according to ANES, 40% of these will be located in the sunny state of Sonora.

“The state of Coahuila is a pioneer of energy clusters in this country,” affirms Pedro Joaquín Coldwell, Minister of Energy, and this leadership is reflected in the fact that the state produces 10% of the country’s energy. In addition, Coahuila has played host to a wide array of industries, which has led to it producing 20% of products that are exported to other markets. It has garnered an important automotive presence in the southeast region, as well as a reputation for mining activities in the La Laguna region. Ruben Moreira Valdez, Governor of Coahuila, has stated that the benefits generated by the Energy Reform are beginning to be felt, especially in the hydrocarbons sector. Coahuila possesses 24% of non-conventional hydrocarbon reserves of shale gas and shale oil, which is equivalent to 18 billion boe, and revenues that could potentially reach US$12.8 billion in the coming five years.

Baja California is a unique case study given the wide array of energy sources it has accumulated and the fact that it has an independent grid. In Baja California, the installed capacity is over 3,000MW and it boasts one of the most important geothermal sites, Cerro Prieto, with an installed capacity of 720MW. According to the Baja California: Energy Profile 2010-2020 document, the geothermal field of Cerro Prieto lays claim to estimated reserves of 1,200MW, of which 840MW are proven. Geothermal used to constitute 75% of installed capacity in the state and today it represents 27%, a drop that is explained by the increase of natural gas. Renewables such as wind and solar are beginning to gain a foothold in this independent grid, with the La Rumorosa wind farm constituting an illustration of success due to its installed capacity of 10MW. This state strives to develop a wide array of technologies and it has spotted opportunities in tidal energy in the Gulf of California, with a potential 800MW waiting to be exploited.

The energy sector in Nuevo Leon holds pride of place given the amount of employment it generates and investment it attracts. The increasing industrial activity in the state is demanding greater installed capacity and Nuevo Leon is responding by intensifying its presence in the renewable energy industry. According to the Secretariat of Economic Development, an investment of US$1.3 billion is expected for ten projects in solar, wind, and biogas. Among these initiatives authorized by CRE, one solar project stands out from the crowd; it will be developed by Iberdrola in the municipality of Galeana with an investment of US$175 million. Nuevo Leon has an untapped wind potential that could exceed 1,000MW over the next five years and, as one of the top energy consumers in the country.

Tamaulipas holds the coveted second position on a national level for traditional energy generation, with energy contributing 20% to the local GDP. The wind sector in the state has flourished and it currently has the potential to generate 2,500MW. This means that Tamaulipas is one of the three top states in the country for the development of wind power projects. In 2015, investments in the energy sector reached over US$250 million with Iberdrola leading the way with an investment amounting to US$30 million. José María Leal Gutiérrez, Head of the Tamaulipas Energy Agency, stresses the importance of generating a clean energy culture and incentivizing the necessary investment. In 2015, CRE awarded permits for the development of 26 wind farms and three are already under construction. The Agency, in coordination with the Secretariat of Education, has established a roadmap to incentivize R&D. This innovation is intrinsically linked to human capital and the government has established collaborative alliances with the University of Texas in Austin, San Antonio, and Laredo.

Chihuahua is to become a haven for the development of natural gas infrastructure. CFE and PEMEX have constructed important gas pipelines intersecting the state in order to strengthen the thermoelectric power plants located in the region. The pipelines cross the most important cities of Juarez, Chihuahua, Delicias, Cuauhtemoc, and Parral. This infrastructure is conveniently located in the state’s gas reserves and, once the hydrocarbon is exploited, the pipeline is anticipated to be used to its full capacity. Five pipelines are under construction measuring over 1,367km and the investment has amounted to MX$29 billion (US$1.93 billion). The Juarez-Topolobampo and the Ojinaga-Laguna pipelines will supply natural gas to seven of CFE’s energy generation plants, which will benefit over 2.4 million inhabitants. 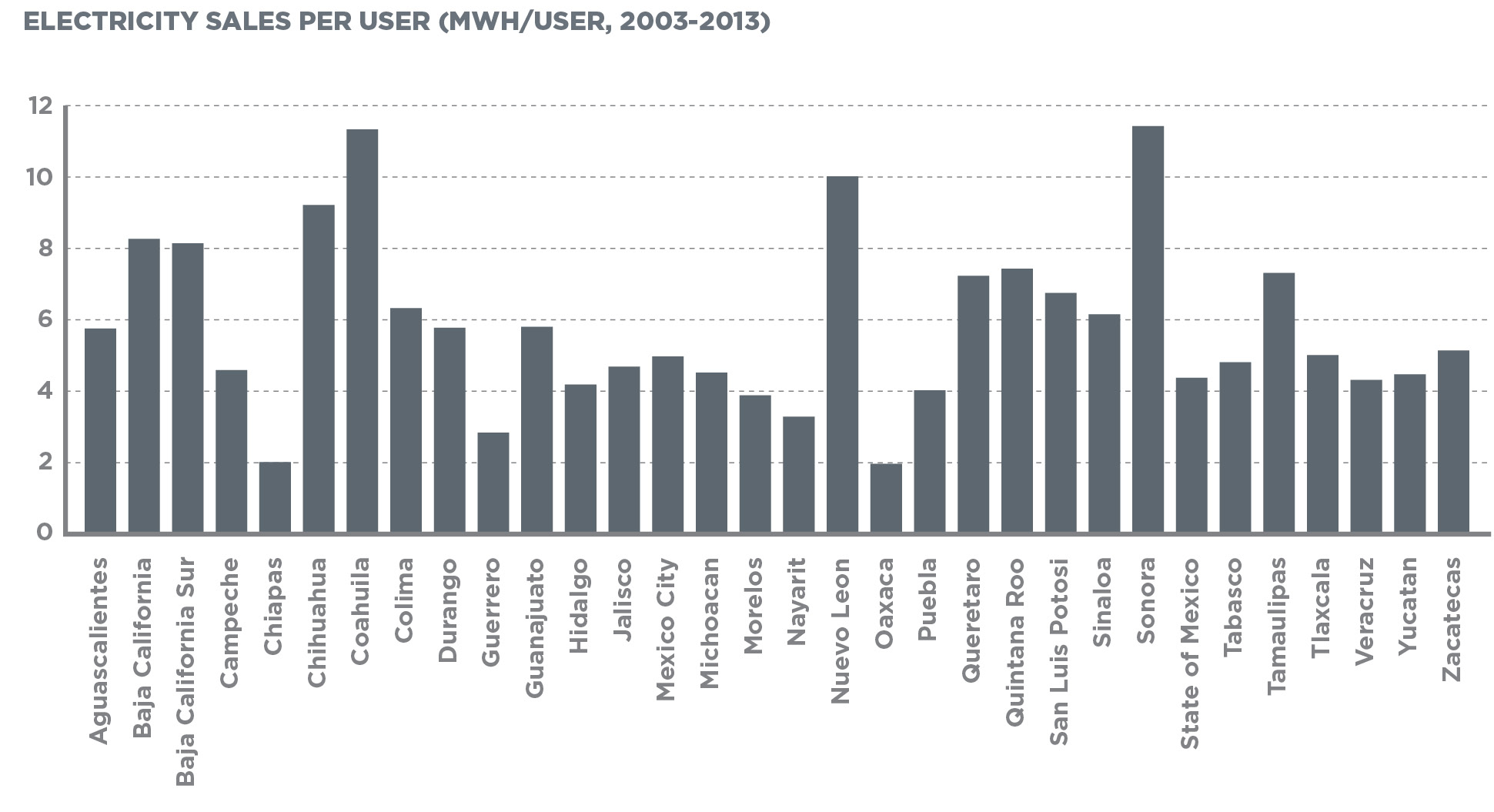