Día de Reyes (Three Wise Men) was not the only celebration in Mexico this week; the National Nurses Day was also observed on Jan. 6 to recognize the essential role of these professionals in the health system. The National Institute for Public Health (INSP) described nurses as a "gift from the three wise men" for patients.

Nurses advocate for health promotion, educate patients and the public on the prevention of illness and injury, provide care and assist in healing, participate in rehabilitation and support other healthcare professionals. Their role within the system is unlike any other, which is why they have been considered the backbone of healthcare provision.

As of 2021, Mexico had approximately 315,000 nursing professionals, of which 88 percent were women and 12 percent men. According to UNAM there is still a 115,000-strong gap to bridge to achieve the ideal coverage index of countries such as Peru, Chile and Brazil. Brazil, for example, has between six and seven nurses per 1,000 inhabitants, while in Mexico “the number of practicing nurses per 1,000 people is 2.9,” said Raul Anaya, Director General of Certification, General Health Council, to MBN. The OECD average is 8.8.

This puts Mexico in a nursing crisis, said Horacio Garza, Director General, Christus Muguerza Health System. “Part of this problem is caused by the lack of recognition of nursing as a professional practice on the same level as any other bachelor’s degree. This is discouraging for young students wanting to specialize in the field,” he says.

During the COVID-19 pandemic, their role has been more critical than ever, leading response teams demonstrating skill and expertise in areas such as disaster preparedness, predictive modeling, hospital and field operations and human resource management.

This form of leadership has transformed their role in the system, as they are now going beyond patient attention. “Nurses play a crucial role in PPE management by minimizing the need for PPE. They do this by educating staff, coordinating PPE supply chains and leading efforts to reduce PPE use,” shared Elmhust University.

As a way to take care, train and recognize nurses, hospitals such as Christus Muguerza have created educational programs to enhance their professional skills. Garza shared with MBN that its school in Monterrey is part of a strategic collaboration with UDEM and is likely the only nursing school accredited by the Southern Association of Colleges and Schools (SACS). “This accreditation allows our students to take part in specialized training in the US and gives them the opportunity to become a certified nurse and able to work in the US. This makes our nursing school in Monterrey unique.” 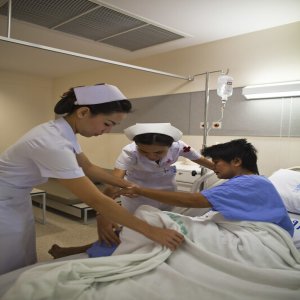 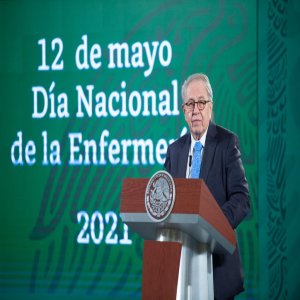