Q: What brought Sacyr into the Mexican market?

A: In each of our projects, we strive to achieve the most favorable results for both the client and the end user by 166 thinking globally and integrating all the players involved. This mentality allowed us to expand to new horizons and prosper in a short time. The 2008 economic crisis encouraged Sacyr to venture into new markets that were stable and which needed infrastructure development. Mexico was one of the main strategic countries that fit those criteria. The NIP is clear about its infrastructure goals and it has created a great number of opportunitie for construction companies.

Sacyr has more than 40 years of experience in the infrastructure industry and what differentiates us the most from other construction firms is our ability to integrate technology into our processes. Sacyr is a company of engineers that provides added value to its clients by developing projects that include technical support. The company participates in the most complex developments in the industry and optimal execution is facilitated by the in-depth knowledge of our engineering team.

Q: How should Mexico develop its PPP plans to address its infrastructure needs?

A: PPPs will help accelerate the development of the country’s necessary infrastructure but there needs to be a clear regulatory framework that places emphasis on the role the public sector should take in these associations. It is critical the public sector modifies its mindset and stops placing the responsibility solely on the shoulders of the private sector. It could establish a more detailed planning process, especially when it comes to remuneration. The private sector should not function as a bank to carry out projects the state cannot. Municipalities and states want to fulfil their infrastructure needs and use PPPs as a way to have the private sector build the infrastructure despite not knowing when they will be able to pay for the project. The private sector fully understands its role in these associations, having gained experience from working in other countries with more advanced programs.

A: The public sector does not always have sufficient financial resources to meet the needs of the nation and the private sector often detects needs the government has not yet identified. USPs could create opportunities to bridge the country’s infrastructure gap and increase collaboration between the public and private sectors. We participated in a USP for a hospital in Nayarit, for example. These types of projects are beginning to take flight in Mexico but it is a slow process and only a few have been approved. The regulatory framework must also be ironed out because these also are a type of PPP. Companies can do the research and present a proposal to the government but after approval it is important that both sides collaborate to determine the financial planning for the project.

Q: What elements must be considered when developing the financial plan for an infrastructure project?

A: It is important that all players involved in the development of infrastructure projects collaborate and distribute the financial risks and responsibilities. If each entity focuses on fulfilling only its own objectives, the project will not have the overall expected results. The financial sector must become more involved in these processes and distribute wealth into other sectors. Waiting until a project is complete and generating results before a financial institution steps in to offer support does not accelerate the development of efficient infrastructure. To achieve the collective results expected from these projects, all players must be involved from the inception of the process.

Q: What are some examples of Sacyr’s success that can help it prosper in Mexico?

A: Our engineers add value to our projects by paying close attention to detail and finding the balance between cost and quality. We have participated in projects in which our engineers were able to develop innovative approaches that saved both operational and material costs. The gates of the old Panama Canal opened like doors. Our engineers found a way to save time and energy by integrating gates that slid into the walls of the canal. Thanks to this innovation, processing times are lower and two and a half more boats per day can cross the canal. Our engineers also made the gates thicker so they require less maintenance, significantly reducing costs.

Q: What impact will the construction of the Line 3 of the Guadalajara light train have on the city?

A: One of the biggest challenges we are facing is that we want to develop infrastructure that has a positive impact on people without negatively affecting their day to day activities during the construction period. It is important, for example, to avoid excessive traffic and noise problems throughout the process.

Guadalajara is a large city, with a high-population density and poor urban planning due to fast growth that has created longer commutes. To accelerate the process, we implemented the use of innovative technology for the construction of the tunnel that integrates various tasks into one. This decreased the total costs of the development. There are many projects being developed, such as the Mexico-Toluca train and NAICM, that will increase the living standards of thousands of people. Given the impact the Guadalajara Light Train will have on the city, it was crucial that we established clear communication channels with the government, which led to the optimization of both time and resources.

Q: What challenges were encountered in the renovation of the Panama Canal?

A: Sacyr was the leader on the Panama Canal expansion that was inaugurated at the end of June 2016. We encountered several problems due to the lack of communication and collaboration with the government.
The companies participating in the tender were told there was 2.4m of bedrock to drill through but when we began the work, we realized there was over 4m of mud rather than bedrock. This caused havoc in the planning and construction processes, requiring the engineers to innovate on the spot. The renovation also called for an equal amount of concrete each day and even though the government informed us that more than half of the aggregate could be taken from the excavation, only 20 percent could be used. The cost of each cubic meter of concrete was drastically increased since the remaining 80 percent had to be purchased. These types of details can have a huge impact on the overall expenditures of a project but we were able to reduce the total cost because of our ability to innovate and find new solutions. 167

Q: What are Sacyr goals for infrastructure development in Mexico?

A: Sacyr wants to be a leading player in the Mexican infrastructure industry. There are many opportunities and projects here that will allow the economy to flourish. When a large project such as an airport is built, the surrounding sectors and industries must adapt to ensure there are no delays and that supporting activities also are optimized. Infrastructure development should not just focus on the largest metropolises like Monterrey but trickle down and interconnect rural states in the south as well. One should be able to travel from the port of Veracruz to the port of Guaymas, Sonora without traffic lights. All industries in Mexico must work together to find solutions that will meet the country’s needs. We want to participate in projects that will make a positive change in society and that require highly technical skills. 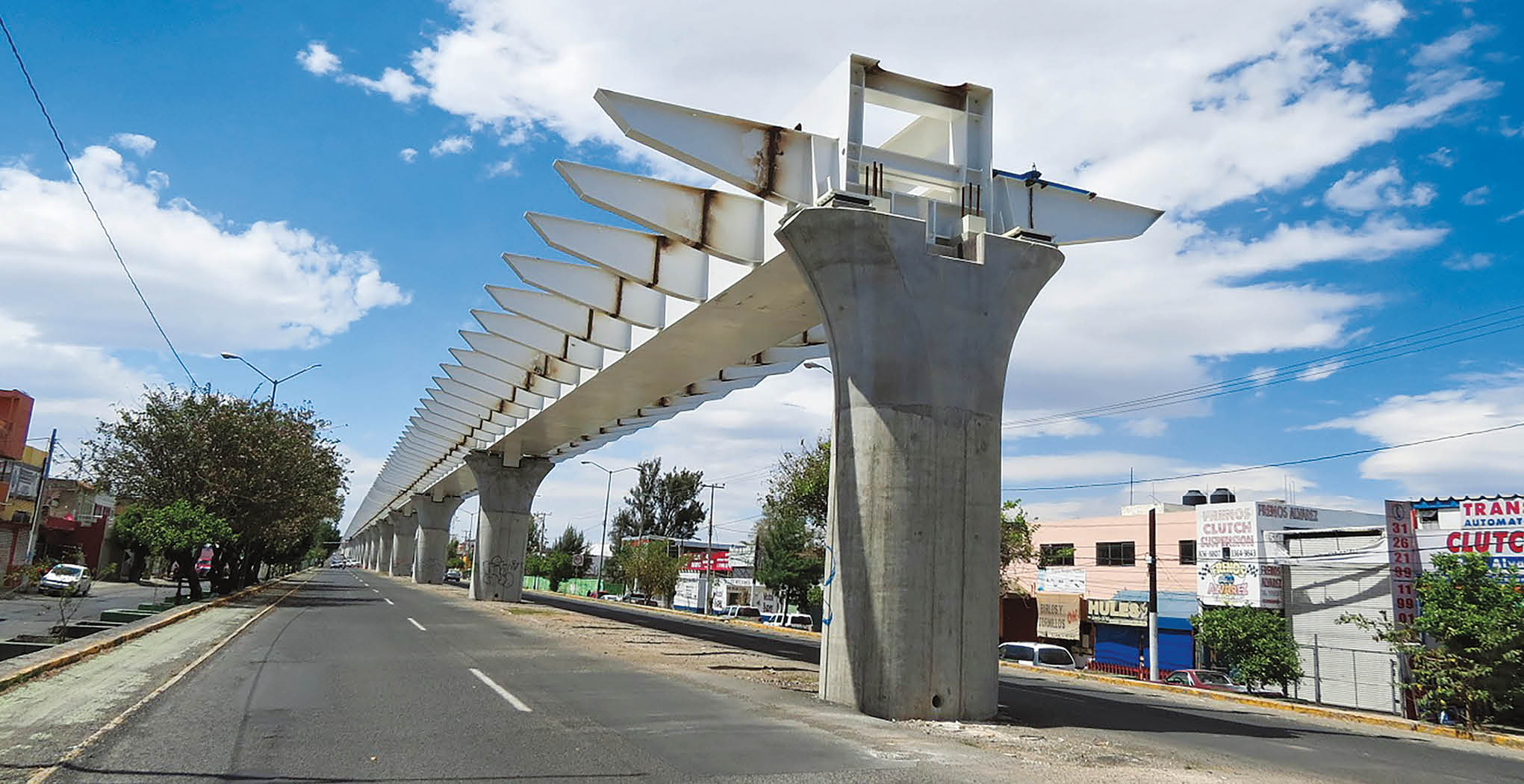