President Andrés Manuel López Obrador announced that the Toluca-Mexico City Train would be completed by late 2023, as he seeks to amplify his government’s infrastructure plans by completing almost 2,000 km of railways during his six-year term.

After visiting one of the Mexico City-Toluca train construction sites in the State of Mexico, president López Obrador announced that the train would be inaugurated in 2023. He also informed that the project’s total cost would reach MX$90 billion (US$4.28 billion). López Obrador visited the site with State of Mexico’s Governor Alfredo del Mazo and Mexico City’s Head of Government Claudia Sheinbaum. During his visit, the president highlighted the importance and progress of this project, which is a joint project undertaken by the governments of Mexico City and the State of Mexico and the Federal Government.

Both states are involved in the construction of the train, with each having its own responsibilities. “We are in charge of the section that connects the end of this tunnel to the Metro Observatory station, a station in Santa Fe, another in Vasco de Quiroga that is in the Fourth Section El Bosque (of Chapultepec) and finally Observatorio. And we are working together with the Ministry of Communications and Transportation (SCT) to advance further so it can be ready in the timeline established by the President of the Republic,” said Mexico City’s Sheinbaum according to a press release.

The authorities stated that the Mexico City-Toluca train is 70 percent complete, with 41 km completed out of the 58 km that connect the Valley of Mexico and the Valley of Toluca. For the 800 hectares between the Fourth Section of the Chapultepec Forest, the government has an available budget of MX$10 billion (US$477.9 million), as it has spent MX$5 billion (US$238.9 million), according to Mexico City’s Minister of Culture Alejandra Frausto Guerrero.

Photo by:   Image by mike_ramirez_mx from Pixabay
Tags: 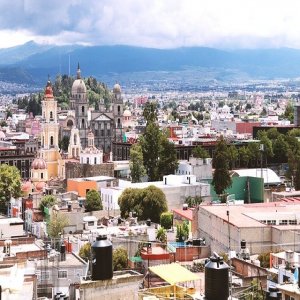 Toluca-Mexico City Train To be Inaugurated in 2023