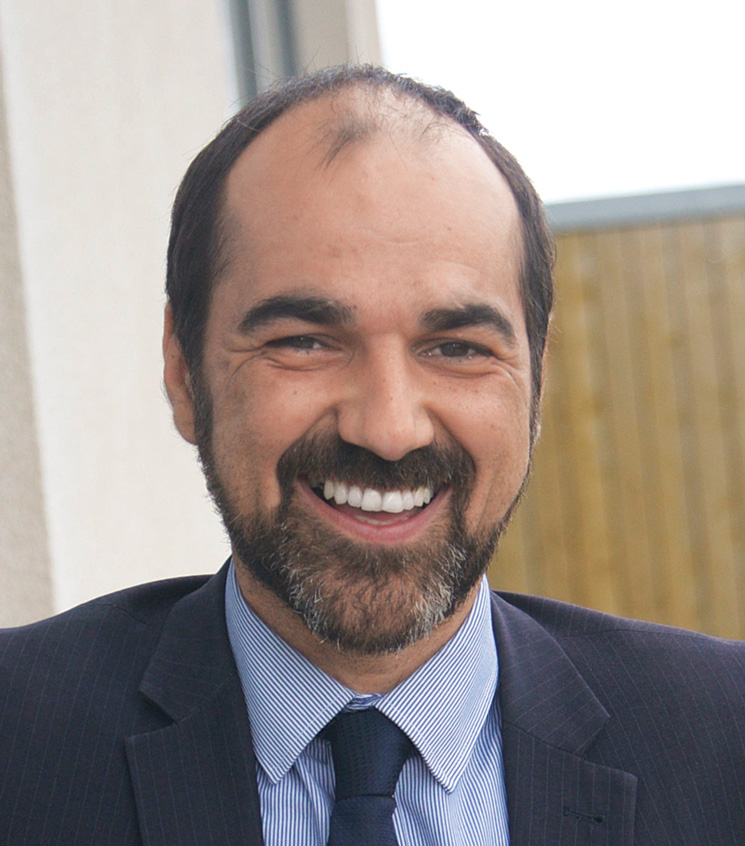 Q: What were the incentives and circumstances that led to the creation of GA R&D?

A: I have been known as an industry professional focused on research and development in the UK since the early 2000s. I was the one you called to fix unusual and complicated engineering problems. I have always worked with renewable energy and hydrogen technologies; in fact, I was on one of the first teams in the UK to develop certain hydrogen and solar technologies when the industry was just emerging. I did a great deal of this development while also belonging to the academic community. This career has taught me that solving problems in the energy industry requires certain networking efforts. Developing one technology is impossible without a multidimensional network of related technologies that can support you in solving a problem. It also became obvious to me that one of the most important problems to solve in the energy industry is that of efficiency. We constantly need to make all processes more and more efficient. I particularly realized this while developing some pivotal technologies in steam turbine power generation.

I began the company as a way for me to focus on my research and development process in a sustainable way. I saw a lack of willingness in the energy industries to solve problems through my direct methods. The business culture dictated that nobody wanted to assume the risk of actually investing in innovation. This meant that the industry’s potential was being left untapped. It ended up taking me a decade to get the company to its current state but in the end, I was able to create an entity that would enable me to assume the risk for researching and developing the solutions to the industry’s engineering problems without being held back. The technologies that we have ended up developing for the oil and gas segment are guard technologies: they are focused on guarding and protecting the well’s assets while also contributing efficiency to the downhole processes.

Q: What are the most important aspects of your research and development process?

A: In the context of our company, we had to develop a unique business plan to make that process work. We had to avoid attracting early investment because it would generate commitments that could hamstring us down the road and take away our flexibility. Instead, I invited some industry veterans who I had worked with before to become partners in the company and got them excited about some of my ideas. This was an important part of what led us to the development of our GARD U-line™ technologies, with which we now have a presence in 12 countries in the well intervention market. We did this independently, with no loans or debt, and throughout a pandemic. These technologies were first tested officially a year and a half ago, so while our initial research and development process was long and gradual, it resulted in technologies that, once tested, were quickly proven and worthy of swift implementation. This is what has brought our GARD U-line™ technologies to Mexico, which is a market that we recognize as quite important on its own and also as a gateway to the larger Americas market. I can tell you that our research and development process is based on the tension between listening and challenging. We listen to as many experts as we can but we also try to prove them wrong when they claim something is not possible. Thanks to the fact that we have developed such usable technology for a sector like oil and gas drilling, that can now become the backbone of our business, through which we can develop more patents, some of which are still focused on oil and gas but also sectors such as geothermal energy.

Q: Why is your strategy for the Americas based on Mexico?

A: As I mentioned, my expertise extends to the entirety of the energy industry. We see Mexico as an enormously important energy market, a country whose energy needs are only bound to increase exponentially. We are entering Mexico through the oil and gas market because that industry is very well established here, making it easier to enter. Our ultimate goal, however, is to participate in the country’s energy development beyond hydrocarbons and through the energy transition. Mexico needs energy. Its demand will skyrocket beyond whatever its plans might be in terms of oil and gas and that is really what has brought us here. Geothermal energy has a bright future as part of Mexico’s energy mix, along with renewables. This is where our focus lies, ultimately. This also applies to the entirety of the continent and we believe Mexico will be one of the central nerve clusters of the continent’s energy infrastructure, perhaps eventually even more so than the US. People insist on entering the Americas market through the US but we found our entrance to be much easier through the Mexican context. I suppose that is another example of us challenging what the experts tell us.

GA R&D is an energy technology design and development firm based in Aberdeen, Scotland, which has so far patented the GARD U-line™ for oil and gas applications, a wireline, downhole conveyance roller and tool product pipeline.