Many sectors will need to change and adapt after the COVID-19 health crisis passes. Some industries, such as sports, aviation, tourism and the film and entertainment industry, will never be the same. Companies like Netflix have already begun to modify their processes and even make modifications to their scripts in the face of this new reality.

The streaming company has had to change the way it manages productions, from measures that include daily temperature controls and boxed meals to even script rewriting. A few weeks ago, the company resumed activities in countries like South Korea, Japan and Iceland with new distancing measures and it plans to restart productions in Noruega and Sweden between May and June, said Netflix Content Director Ted Sarandos.

“Filming typically takes place in intimate, high-touch environments, with scores of artists and craftspeople working closely together on tight deadlines. We will need to change this process — in some cases dramatically — to ensure the safety of cast and crew during this pandemic”, said Sarandos in an article published by Los Angeles Times, where he painted a possible picture of how productions will resume in Hollywood, where the filming of original series like Stranger Things have been delayed.

In South Korea, for example, filming of the Move to Heaven and Love Alarm productions resumed. Every day the staff’s temperature is taken and it was established that in the case of one contagion, the whole production will be suspended indefinitely. The same is happening in Iceland, where the Katla series is filmed. In both countries the use of disinfectants, masks and gloves is mandatory. Netflix also decided to switch from buffet-style meals to boxed meals. In addition, hours were established for the entire team to pause their activities to wash their hands and disinfect surfaces. Makeup artists must use disposable applicators for each actor.

In Sweden, where the romantic comedy Love and Anarchy is filmed, the story is different. In that country, the cast and some members of the costume and makeup team voluntarily isolated themselves for 14 days.

A month ago, Netflix announced that it will invest US$100 million to support the creative community around the world impacted by COVID-19. In Mexico, it will do so in alliance with the Mexican Academy of Cinematographic Arts and Sciences (AMACC), with a fund of MX$25 million (US$1.03 million) to support subsidies for technicians, assistants, makeup artists and camera support staff.

Sadly, some stories will have to be modified to avoid direct contact of the actors in scenes with "intimate moments," Sarandos explained. Netflix will also use technology to recreate scenes that in one way or another could have been recorded live.

“None of this is easy and many questions remain unanswered. But we are cautiously optimistic that we can adapt to this restricted reality. So are filmmakers in Australia, Tyler Perry in Atlanta and others across the industry. There are thousands of more crew members anxious to return to work and millions of people relying on the entertainment they produce.” he pointed out.

But every crisis brings an opportunity. According to industry analysts, COVID-19 could bring great opportunities and boost new talent on the big screen. “If you are an aspiring actor or part of the film crew, getting back to work may be a financial necessity,” said Rich Greenfield, an analyst at LightShed Partners, quoted by the Financial Times. “But if you are one of the world's biggest movie or TV stars, do you want to take the risk?”, he added. 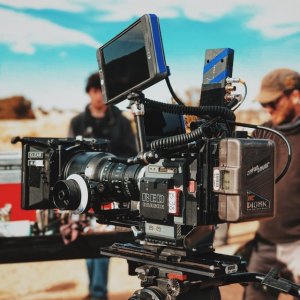