Last May, Sotheby’s, one of the most important auction houses in the world, put on sale a pair of Nike Air Jordan 1 used and signed by Michael Jordan himself in 1985. The starting price was US$150,000. By the end of the day, an anonymous buyer had paid US$560,000, making that pair of sneakers the most expensive in history. People from all age groups around the world are betting on these objects as a future investment, a market in which they compete with designer bags, considered by many as the crown jewel of luxury retail. According to Art Market Research, some designer bags from Chanel, Hermès or Louis Vuitton have increased their value by 83 percent in the last 10 years, surpassing investments in foreign exchange (21 percent), first edition books (42 percent) and watches (72 percent).

The Art Market Research report notes that in 2019, auction houses put 3,500 designer bags on sale, raising US$32.9 million, which gives an idea of the investment potential these objects represent. Which one has been the most expensive? A Hermès Himalaya Crocodile Birkin bag fetched US$276,606 at a Christie’s auction in Dubai last year. “As with watches, art or any collector’s item, shoes and streetwear can also represent an important historical and cultural value, as well as standing out for their origin or exclusivity. We look forward to more auctions like this throughout the year and into the future,” Brahm Watcher, Director of E-Commerce Development at Sotheby’s, told Esquire.

The material from which the product was made, the number of units offered for sale, the limited editions and the difficulty in accessing these types of objects are key for investors in seeking a higher return in the shortest possible time. Both manufacturers and auction houses are aware of this. The clearest example is provided by Sotheby’s. In May 2019, the British auction house founded in 1774 broke with the tradition surrounding all its activities when it decided to auction 100 pairs of sneakers in collaboration with Stadium Goods, the world’s most famous sneaker store based in Manhattan, New York. The star item was a pair of Nike Moon Shoes designed for the 1972 Montreal Olympics for which a buyer paid US$437,500. 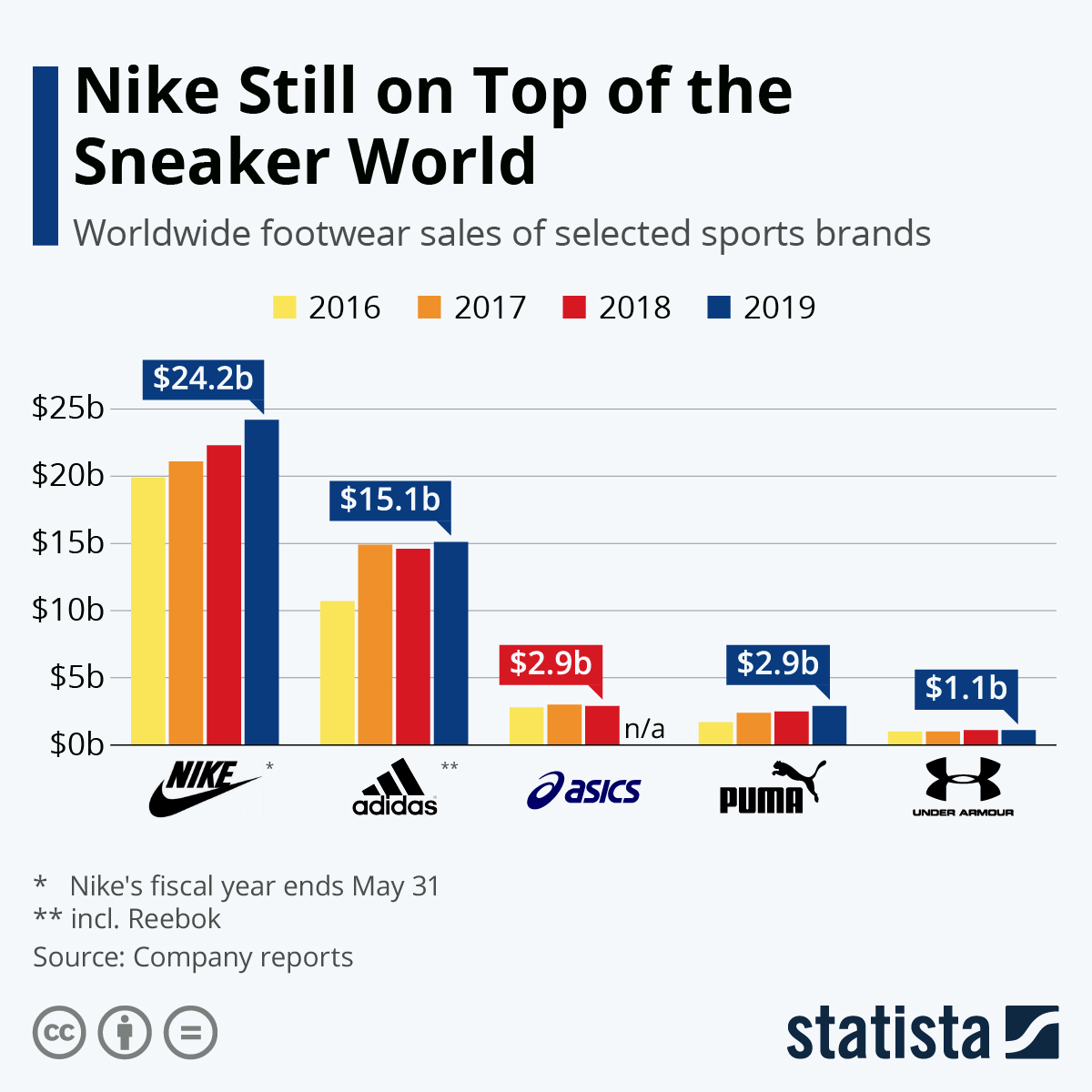 Urban culture, the changing age in wealth control, globalization and fetishism for the world’s top brands have changed the vision of the major auction houses in the 21st century, which were once focused on art and antiques. Two cases exemplify this change. In January 2019, a 19-year-old paid US$800,000 for 248 Supreme brand skateboards at a Sotheby’s auction, while in May of the same year, Christie’s paid US$2.1 million for a Supreme brand lot. “The sneaker culture has always revered certain models in the same way as art and watch collectors, so in that respect there is nothing disruptive to this community,” John McPeters, CEO and Founder of Stadium Goods, told Esquire. In 2019, Heritage Auctions released a pair of Apple Sneakers, a model made by Cupertino’s brand in collaboration with Adidas that visionaries Steve Jobs and Steve Wozniak put on sale in the 1990s. The final price was US$10,000, far from the US$30,000 paid in 2017 for an identical pair.

Sneaker sales are one of the fastest growing sectors of retail. Stockx, a website dedicated to the sale of this type of shoes and other products related to urban culture and which has the rapper Eminem as one of its main investors, assures that this market will reach a value of US$95 billion in 2025. The company, with offices in three continents and more than 1,000 workers worldwide, doubled its sales in 2019 against the previous year.