Q: What market strategies is Air France-KLM following to excel in Mexico?

A: The Mexican market has shown solid development during the last 10 years. Mexico has been a strategic market for Air France-KLM and the group has been strongly investing here. The growing demand for intercontinental flights led us to inaugurate the Airbus A380 on the route between Mexico and Paris. This was a milestone for the aviation industry in Latin America because it was the first time the world’s largest aircraft had been used on a route to the region. The introduction of this airplane is the highest point of a collaboration between Air France-KLM, Airbus, AICM and Mexican and French authorities.

The direct route between the Mexican and French capitals has proven to be a commercial success. Demand for routes between Mexico and Europe is growing, with an average year on year increase of 6 percent. In April and May 2016, Air France-KLM was responsible for almost 35 percent of the air traffic between Mexico and Europe, an outstanding market share for an international airline that makes us the number one airline group flying from Mexico to Europe. In less than six months our share has increased by almost 10 percent thanks to the commercial success of the Airbus A380. Furthermore, a KLM flight accounted for a 10 percent increase in our seat offer between Mexico and Amsterdam, for up to nine flights per week. This was one of the first routes to be equipped with the renewed World Business Class cabin.

Our market share for Air France’s first-class cabin, named La Première, to Europe exceeds 50 percent. This places Mexico among our most important markets for first-class tickets. The Airbus A380 business cabin increased its ticket sales by more than 100 percent. In the first half of 2016, Air France-KLM’s North America available seat kilometer (ASK) grew 3 percent while in Mexico it rose 10 percent.

Q: What advantages does the Air France-KLM Group offer its customers?

A: Our route options have increased and here in Mexico we can provide our customers with more scheduling and pricing options. KLM has always stood out as an airline that constantly innovates in customer service. KLM provides the most answers to enquiries posted on social media even though the airline receives over 100,000 messages through its social networks weekly. Last year, KLM launched a project involving a robot called Spencer in Schiphol airport in Amsterdam. Spencer helps passengers find their departure gates by scanning boarding passes. Using robotics to improve passenger experience is part of a long-term strategy to offer exceptional service.

Improving operational services is also part of our combined benefits. Punctuality and client communication add value to our product and KLM has been recognized as the most punctual airline in the world. Due to the nature of our business, which depends on weather conditions, disruptions from cancellations and delays can happen. Our Air France-KLM Connect service keeps passengers informed and offers alternative solutions.

A: Although several external elements are affecting the Mexican economy, we are not concerned they will impact our operations. We are closely following the exchange rate between the Mexican peso and US dollar as we are aware that it may affect the purchasing power of our Mexican clients.

Q: What are Air France-KLM’s operational plans in Mexico for 2017?

A: Our priority for 2017 is to continue the success of 2016. The acceptance of the Airbus A380 has convinced us to add our brand new cabins, named BEST, to the Boeing 777-300 that will operate between Mexico and Paris from October 2016 to April 2017. We are very excited to offer this new product which is highly appreciated by our customers on routes that are already equipped. The €1 billion (US$1.1 million) dedicated to BEST cabins makes them the biggest Air France investment. The BEST product will set us apart in the industry in terms of comfort as they were developed around the concept of 3 F’s, meaning “full flat, “full access” and “full privacy.”

Our goal is to become the most customer-oriented airline in Mexico. We will continue to work on passenger experience and punctuality, as well as new European routes for our Mexican customers. KLM launched eight new flying routes to Europe in the summer of 2016 to Inverness, Southampton, Ibiza, Alicante, Valencia, Dresden, Genoa and Rennes. We intend to become the preferred airline for intercontinental flights between Mexico and Europe. 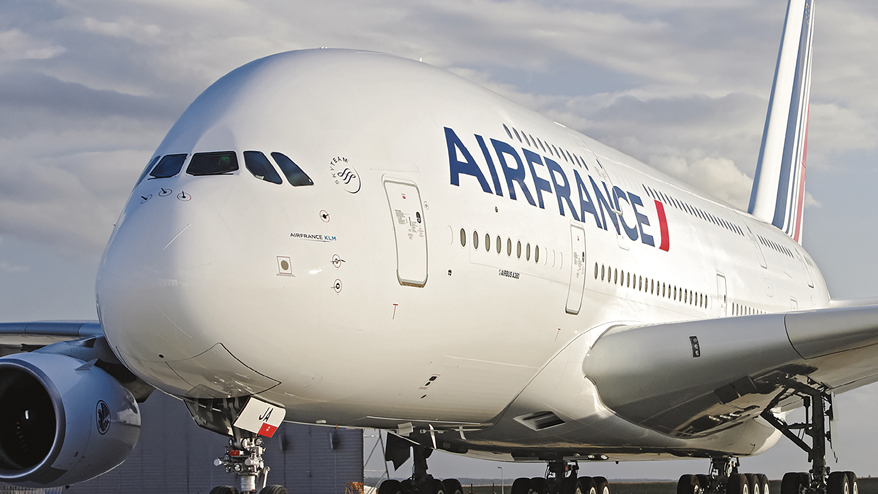