The First Step of a Transformative Journey

The project to create the Strategic Plan for the Development of the Queretaro International Airport to 2035 is, by itself, a challenge, both methodologically and in terms of reconciling wills. Its usefulness will lie both in the strength of its proposal and in engaging the right team and stakeholders.

Since its foundation in 2004, the Queretaro International Airport (QIA) has fulfilled the function for which it was created: “to be an instrument of public policy for the economic development of Queretaro and the center region of Mexico.” The data supports this. Prior to the pandemic, the QIA was recognized as the airport in Mexico with the highest growth rate in passengers and cargo operations in the period from 2015 to 2019, ranking fourth in air cargo and 10th in international passengers in the national context.

However, it is necessary to dig deeper to have a vision full of what QIA's role could be in the development of Queretaro and the center region of Mexico. We have to think outside of the box and study successful cases from airports around the world, analyzing the role they played in the development of their cities and regions in order to capture the lessons learned and apply them to our situation – daily consumer population at many airports is larger than that of many mid-sized cities.

A real risk that an organization can face when a project like this is launched and, in fact, in any planning exercise, is that the resulting plan will never be executed, remaining just a paper document or, in a better scenario, that its execution is conducted in the wrong way. In both cases, the potential of the plan would not be deployed and the organization will not reap all its benefits.

There are factors that can increase the chances that an exercise like this is executed correctly:

The Most Important Deliverable

The business case resulting from creating a matrix of needs, opportunities, threats, trends and best practices, which will be generated as a result of interviews with stakeholders, visits to similar leading airports around the world as well as the study of reports of the aeronautical industry will undoubtedly be the most important deliverable of this futuristic planning exercise.

This business case answers a key question for the strategic plan: which of all the opportunities analyzed for the future are the best for the economic development of Queretaro and the region, in addition to being achievable and feasible? The strategy embodied in the plan will support the business case and how to implement actions to make it a reality.

The plan will contain the following core elements: 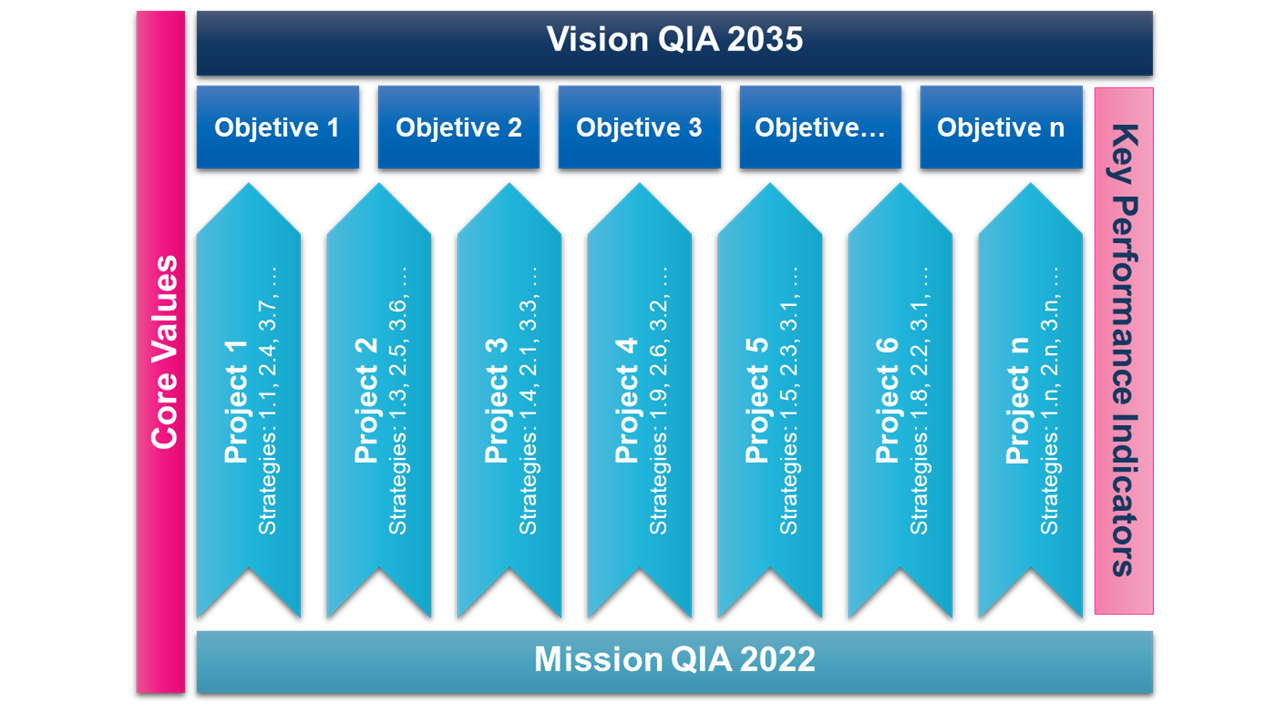 The Importance of Project Management

Although the creation of the Strategic Plan for the Development of the Queretaro International Airport is a high-impact project in itself, it has an equally high-impact objective: to be a tool for the economic development of Queretaro and the region. Once the strategic document has been completed, a project office must be established to lead the deployment of the plan and whose knowledge, skills and experience of its members will be a sine qua non condition for its benefits to become a reality.

The creation of the Strategic Plan for the Development of the Queretaro International Airport is the guiding document that will collect the needs of the productive sectors, stakeholders and shareholders. Likewise, the plan will describe the opportunities that exist in its future and will support the business case that represents the greatest gains for the economic development of the state of Queretaro and the central region of Mexico.