Mexico’s energy infrastructure will require an approximate investment of MX$2 trillion by 2031 to bring the country to the level it needs to cope with future energy demand, according to PRODESEN 2017-31. Under this scenario, the opportunities for those willing to take the challenge are clear

Considering that electricity prices will decrease in the coming years, as shown by the prices achieved during the first three long-term electricity auctions in which prices plunged from one to the other, excellence in project development to finish projects on time and on budget is a must.

Until recently, project development was managed centrally by CFE, which was able to focus solely on energy generation at the expense of value creation. This has created a business opportunity for those willing to take the challenge of developing the required projects at a competitive cost in the recently opened market. Companies looking to grab untapped opportunities in the project development area in Mexico will have to overcome three main challenges: social and environmental, financing and a pressing need for skilled talent.

The first, and most controversial, is the social and environmental challenge. According to PRODESEN 201731, 47 percent of the capacity to be installed will use fossil fuels, which inherently lead to significant social and environmental concerns. Although PEMEX and CFE have developed strong expertise in dealing with these issues, newcomers will require project developers to adhere to stronger corporate responsibility requirements that are up to international standards, explains Victoria Contreras 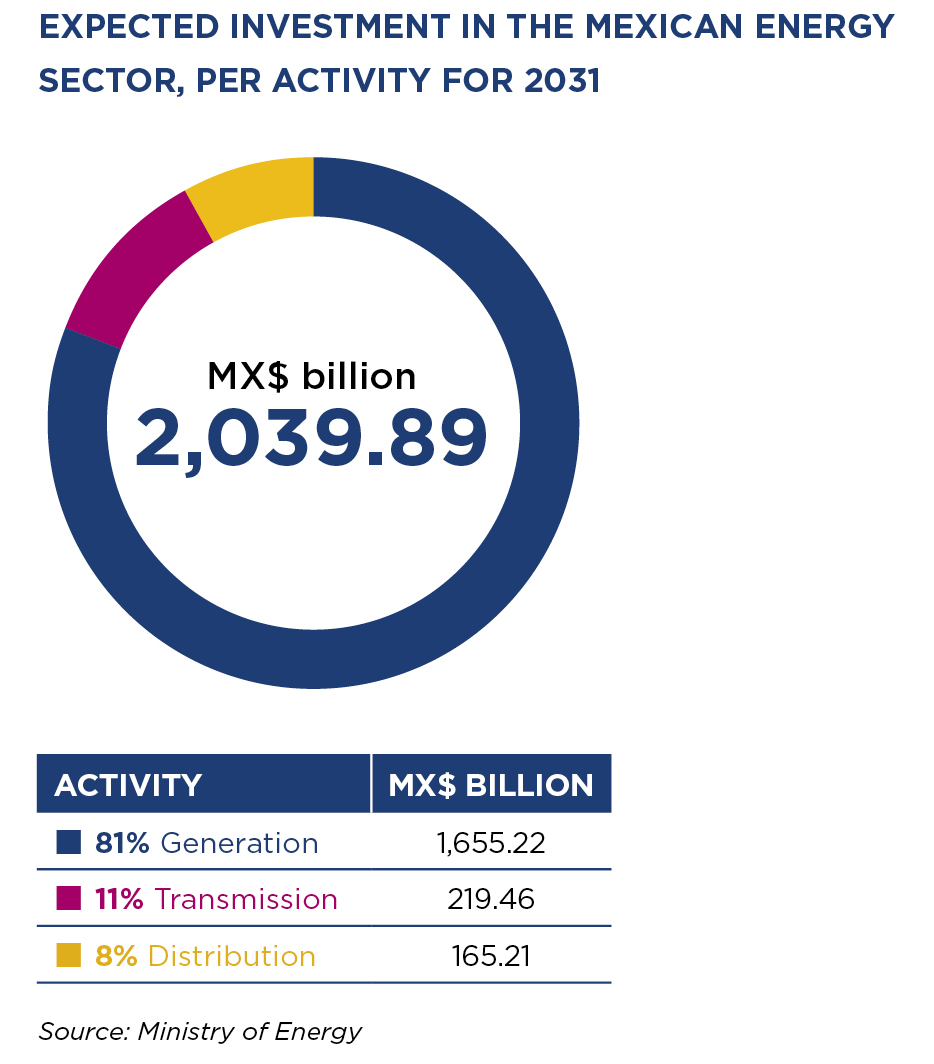 Founder and Director General of Conecta Cultura, “Prior to the reform, social feasibility was exclusively in the hands of CFE and PEMEX. Now, it falls to private companies as a niche they are not naturally focused on.”

It is not at all different for clean energy developers. These may have the backing of energy consumers, but they still must also handle the communities affected by their installation. One of the clearest examples is La Ventosa, a wind farm project that suffered long delays that almost put it in jeopardy due to a wrongly managed social element, says Gabino Fraga, Managing Partner at Grupo GAP. “Negotiations were carried out with the wrong people, which led to nonconformities and an abrupt halting of the project.” He highlights the importance of handling social aspects in a way that ensures the communities where the project will be carried out see it as a benefit and not as a burden. “Companies believe that because they will create jobs and bring investment they will be received with arms wide open, but the community where the project will take place may actually see them as dangerous.” Ernesto Monroy, Director General of AI Sustentable, agrees. “Marginalized populations tend to be afraid because of the many misconceptions regarding renewable energy projects.”

Wind is the clearest example due to the fact that more projects have been installed since the market became more flexible and private companies were allowed to offer PPAs to big energy consumers, but hydroelectric is another technology that has faced delays when being deployed due to social and environmental reasons. As more projects are developed with solar and geothermal technologies, these will also have to be properly managed. CRE has worked with SEMARNAT to ensure that communities involved in these projects get the best positive outcomes, along with the rest of the population that will consume clean energies, but Monroy explains that there is still much to be done. “Despite best efforts, there is still room for improvement in the legal framework surrounding the Energy Reform in the area of social and environmental responsibility.”

The second hurdle is financing, and the ability of project development companies to make money out of a project. When CFE was in charge of dveloping projects, the needed capital came from the Ministry of Finance, meaning that private banking was out of the picture and the projects were completed according to CFE’s mission of delivering continuous energy supply to the greatest number of people in the country, no matter the cost. Now, projects are to be developed by and for private companies, meaning that private capital will play an increasingly significant role.

The Mexican banking and investment sector never had to finance energy generation projects before, and they are not prepared to meet the deep investment needs of the country, which is expected to go as high as MX$2 trillion by 2031, according to PRODESEN. Under this scenario, the presence of development banking is needed to pave the way for private banking to start offering financing options, says Marian Aguirre, Energy Finance Vice President of Bancomext. “We are aware that commercial banks have a more complicated setting in which to absorb risk levels, which is why we provide A/B loans so they can participate via shorter time frames, considering some banks have term limitations.” The commitment of the development banking sector in the energy industry is reflected in the fact that Bancomext, NAFIN and Banobras invested MX$48 billion in this sector during 2016.

But development banking has a limited budget. With the number of projects increasing after every long-term auction, and more coming with the first midterm auction to be held on Feb. 26, 2018 and off-takers looking to get a stable source of energy through distributed generation, companies will have to look for other ways to finance their projects. Some are looking for support from international partners. Others, like Andrea Bernardi, Country Manager Mexico of Enerray, are seeking more innovative solutions. “One of the opportunities we have identified is offering customers, such as qualified users, off-takers, generators and other investors, the possibility to get energy by investing in the development of a certain utility-scale plant together with other customers, and then offering the customer a portion of the energy generated that is proportional to the customer’s investment. Under the old EPC scheme, a utility-scale project of 100-200MW would restrict us to only one client. Now, with that same plant we can tackle many more clients. This project will also offer us a constant supply of capital for several years.”

With more players in the industry and more experience, the outlook for financing energy projects is improving but there is still much to be done to ensure that every project is bankable, says Luis Sánchez, Director General of Ergo Solar. “When we started this business, there was a lack of financial structures for renewable energy. This element remains the Achille’s heel for many companies.” According to José Arosa, Director General Mexico of IC Power, solving this challenge is a must if Mexico expects to become a project development powerhouse. “Mexico’s institutions will have to provide a transparent and clear framework to make Mexico a desirable investment destination for developers in the long term.”

WHO WILL DEVELOP THE PROJECTS?

Finally, Mexico faces a lack of talent, considering the strong need for readily available human capital to develop all the energy generation projects that will launch in the coming years. This challenge has the same roots as that of financing. Because CFE and PEMEX were the only players in the country, engineers had no need to benchmark themselves against international standards, and every graduate looking to work in the energy sector went to one of those companies. “The sector needs trained professionals throughout the whole value chain, from installation technicians to project developers and engineers,” adds Sánchez.

The real challenge, however, is not finding human capital, but talent that is willing and able to take responsibility, Sánchez argues. “Proper regulations and certifications need to be in place to further enhance the preparation and training of renewable energy experts.” Fortunately, some companies are not only working on the improvement of their own human capital, but also to improve the talent still studying at Mexican universities. Universidad del Istmo, because of its closeness to the majority of wind farm projects being developed in Oaxaca, is among the universities that has received strong support in this regard. “The university is creating a strong department for renewable energies and has started to work on the design of complex parts for wind parks,” says Julio Ramírez, Managing Director of Mexión, which works with the school. “Although the university’s activities in the field are just starting, we see it as a first step that could bring much more attractive opportunities later on.” Peter Tattersfield, Independent Consultant of Axis Renewable Group, is following a more direct approach. “We have started conversations with the Universidad del Istmo, which has developed programs to train technicians in an academic environment. When they graduate, we hire them and put them through an internship.” If the graduates show they have the required skills and abilities, they are then eligible for full-time employment.

As human talent gets developed, companies will face another challenge: retaining that talent, says Kevin Gutiérrez, former General Manager of Ingeteam. “Companies that hire a worker will offer specialized training and will try to develop that person’s abilities within the company. As the worker advances, that person will become more and more appealing to other companies that are just entering the market and that might be willing to offer bigger economic incentives.”