The Mexican government reached an agreement with Aleatica for the adaptation of the Highway System East of Estado de Mexico to suit AIFA’s new connectivity needs, reported the company in a press release. “The construction works of the Link with AIFA will represent an estimated investment of MX$3.9 billion (US$190.37 million) plus applicable taxes,” Aleatica. The highway has been deemed a ‘priority’ by the state and federal government, according to the press release, and are to be completed by Mar. 21, 2022

Ruben López Barrera, CEO, Aleatica Mexico, stated that progress at the 7-kilometer link that will connect the Felipe Angeles International Airport and the Circuito Exterior Mexiquense highways is up to 60 percent. The project is set to conclude at the same time as the airport begins its operations. López also stated that the company is committed to major investments in Mexico, as Aleatica seeks to strengthen its position in the country by generating jobs and improving communication.

The Australian company also benefitted from the recent government investment as the Concession Title for Aleatica was extended until Feb. 24, 2063. In September 2020, Aleatica announced through a press release that it had been granted a new engineering, construction and procurement contract for the Atizapan – Atlacomulco (AT – AT) highway. The 74-kilometer stretch is set to be completed by 2023. According to Mexico Proyects Hub, the project aims to improve the highway’s connectivity to increase the region’s productivity and generate development opportunities.

Aleatica has been amplifying its operations and investments in Mexico in recent years. “Grupo Aeroportuario de la Ciudad de Mexico (GACM) signed with Aleatica, in its capacity as shareholder of the Administradora Mexiquense del Aeropuerto Internacional de Toluca (AMAIT), the letter of intent, whose objective is to establish the criteria by which the negotiations will be conducted, in order to acquire the shareholding of that company in the Toluca International Airport,” said the Ministry of Communications and Transport through a press release.

Photo by:   Image by Wal from Pixabay
Tags: 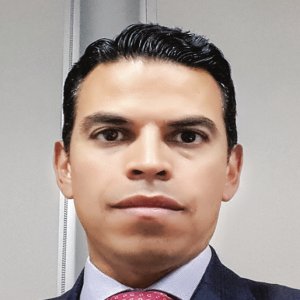