The Brazilian petrochemical company Braskem SA announced that Braskem Idesa is resuming its polyethylene production under the terms of an experimental business model.

In December, CENAGAS canceled Braskem Idesa’s access to pipeline natural gas supply, which caused the shutdown of Etileno XXI, the largest petrochemicals operation in Latin America. The Etileno plant uses natural gas for its petrochemical process and it has an ethane cracker that produces 1.05 million tons/year of high and low-density polythene, reported NGI.

Braskem Idesa reported that its gas supply was cut off on Dec. 2 without any notice and that the actions of CENAGAS had negative repercussions not only for the company but also for its customers, suppliers, employees and hundreds of businesses that are part of the value chain, reported MBN.

Braskem owns 75 percent of the operation, which is managed together with Mexican company Idesa. Braskem said the company tried to renegotiate the contract and to make arrangements to store methane. However, this initiative did not follow through, MBN reported.

Last week, Braskem announced the company is carrying out an “experimental business model,” which complies with safety standards and reduces the impact on the Mexican plastic industry’s supply chain, reported NGI.

According to NGI, the interruption of natural gas supply is part of a dispute over ethane supply between PEMEX and the company. PEMEX has not complied with the ethane supply agreement to the plant under a 20-year deal for 66Mb/d and as a result, PEMEX had accumulated a balance of US$64 million in unpaid credit notes to Braskem.

The Mexican government has explained that the halt of natural gas was due to the unfairness of the contract, which benefited the Brazilian company. Braskem announced that it seeks to reach an agreement with Mexican authorities. However, it is also taking legal actions to resolve the dispute.

Braskem said that due to the interruption in the supply of natural gas, the company cannot estimate when the plant will be fully operational again. The company emphasized its commitment to Mexico and its objective to solve the ethane shortage in the country. In an interview with MBN, José Luis Uriegas, CEO of Grupo IDESA, said that Mexico needs PEMEX, as well as the private sector.

Due to the state of uncertainty between both companies, “Fitch downgraded Braskem Idesa’s long-term foreign and local currency issuer default ratings and senior unsecured notes to “B+” from “BB-” and placed the ratings on rating watch negative,” reported NGI. 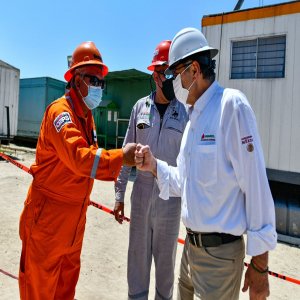 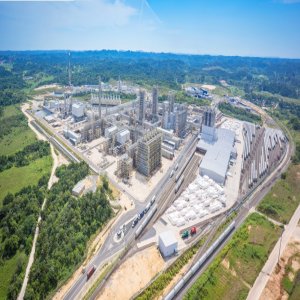