Shifting from Corrective to Prescriptive Data

As the former sole owner of the whole supply chain process, PEMEX had little concern about operating as a profitable business and taking accurate measurements from production fields and final users. “Now that PEMEX has been divided into independent business units, these units are very conscious of the importance of accurate measurement systems to ensure that they are not paying more or invoicing less than what they are actually moving from one unit to another,” says René Varon, President of Tory Technologies.

Striking black gold remains a highly lucrative business but the oil and gas industry is as costly as it is lucrative, especially when it comes to downtime. Subject to the whims of an oil barrel’s price variability, oil and gas players are constantly searching for ways to keep costs down without sacrificing efficiency or safety. Jesús Pacheco, Executive Vice President of Technology and Innovation at DresserRand, believes Mexico can open the door to opportunity and boost its industry by going digital. “Although there are many assets that need to be replaced, it is critical that companies understand the benefits of introducing digital solutions to get the greatest value out of installed assets and improve their reliability and performance,” he says.

The country’s oil and gas industry is coming to grips with fostering growth by finding the right balance between new and optimized assets. The same can be said for the assets’ respective infrastructure to reliably and cost-effectively deliver hydrocarbons to the doorstep of the country’s consumption points. Despite the high cost of downtime, Mexico’s traditionally conservative and price-driven industry is hesitant when it comes to introducing technology and efficiency into its operational assets, but different times call for different measures. “Current low prices and competing energy resources have amplified the importance of utilizing technology and digital information in real time,” explains Trent Marx, President and CEO of Resource Energy Solutions. “Stricter regulatory compliance at all stages of well operations and pipelines to mitigate risk are driving operators to be more proactive.”

As a result, he says Mexico’s oil and gas industry is ripe for embracing data science, IoT and predictive modeling tools. Miguel López, Regional Director of Rockwell Automation, shares that belief. “Part of what is occurring is that companies are starting to digitalize part of their operations on existing assets. Also, many of the new private operators will start to construct their own assets. These are going to be built with the integration of digital technologies,” he says.

Marx considers 2014 a turning point in cost-awareness for the industry. “Before that, the attitude was to drill as much and as fast as possible to get production online as quickly as possible. That was, and still is the mandate in many areas, especially in the US where exploration and production is driven by Wall Street,” he says. “But in 2014, oil prices dropped and suddenly there was a new cost awareness.” He says that in the last three years, many new advances have been made in making drilling more cost-effective. “We have seen progress in technologies that allow for the drilling of 20 wells off one pad, for example, substantially reducing the number of drill moves necessary.”

THE DIGITAL OIL FIELD To make the most of Mexico’s underground treasures, the pool of new international players in the game are promoting best international practices and standards, which can be used as a stepping stone for national players to up their game. “This is healthy for the Mexican industry since it brings the local value chain’s operations to a more competitive stage where the quality of products and services is higher, while also making them safer and more environmentally friendly,” says Jesús Grande, President of the Americas of Baker Hughes, a GE company. An example of this collaboration is a US$3 million joint venture between Wood, Cisco and Roue Consultores that created the Oil and Gas Advanced Technology Center (ATC). Its main purpose is to provide simulation, execution and operation management services for hydrocarbons distribution and storage infrastructure in a laboratory environment. The ATC was inaugurated on April 18, 2018.

The industry’s regulators and government agencies are pulling all the stops to adapt, as showcased by ASEA’s MoU with the American Petroleum Institute (API) to apply API standards in ASEA’s safety programs. “API provides, among others, very detailed guidelines on how to perform and maintain measurement systems and carry out measurement data as well as how to run pipeline control rooms considering all the human factors,” Varon says. The Mexican Petroleum Institute (IMP) refused to fall behind and created the Deepwater Technology Center (CTAP) on March 23, 2018 to support not only PEMEX but also the private sector in using the adequate technology to capitalize on the country’s deepwater potential. To do so, it was granted more than MX$2.1 billion in funding to reinforce the industry’s extractive capacity. Also, the IMP, in coordination with the Ministry of Energy and the University of Austin, organized a three-day workshop to examine optimization opportunities for Mexico’s oil field production on May 21, 2018

The industry’s drive toward competitiveness is a natural stimulus for digitalization and innovation. As a testament to this, Mexico is setting the stage for the spread of digital oil fields. For the oil and gas sector to maintain its momentum, digitalized operations are vital to foster increasingly effective and timely decision-making. “Baker Hughes and General Electric, BP and Conoco Phillips are all using data engineering to improve their operations efficiency and effectiveness,” says Juan Carlos Angarita, Global CEO of IMS Global. “We are working in a similar fashion to structure improved and high-performance data management systems for the entire oil and gas industry.” One example of such services is data management in oil fields to create intelligent oil and gas fields. IMS can also capture data from different segments and process that data to generate operational intelligence.

Besides efficiency and bankability, the oil and gas industry is also about risk mitigation, especially considering the precedents of oil spills and fatal accidents in offshore rigs. Angarita believes Mexico’s risk and safety culture must break from its current boundaries. “It has meant some companies fail to properly understand risk as a business factor in their processes, and it is limited only to HSE practices or integrity or reliability evaluations,” he says. “Risk, from our point of view, should not be interpreted as only performing isolated integrity or reliability analysis. For us, risk involves the entire organization, all its processes and assets, and the use of different approaches to analyze, treat, measure and control it.”

To take full advantage of data mining processes, Mexico’s oil and gas players must go beyond gathering and interpreting data and use it to harness an industry shift from predominantly corrective maintenance to mainstream preventive maintenance. To capitalize on this transition, some companies are investing heavily in advanced analytics with oil and gas applications. “If we look at IoT and how such systems become data suppliers, the important thing is not what is done with the data, but rather making decisions with the data in an opportune manner,” López continues, “This is done by creating tools that help customers not only generate new information and predictive data but also create prescriptive data. This means the system does not only warn of potential failures but also that the customer can take actions to avoid failure.” 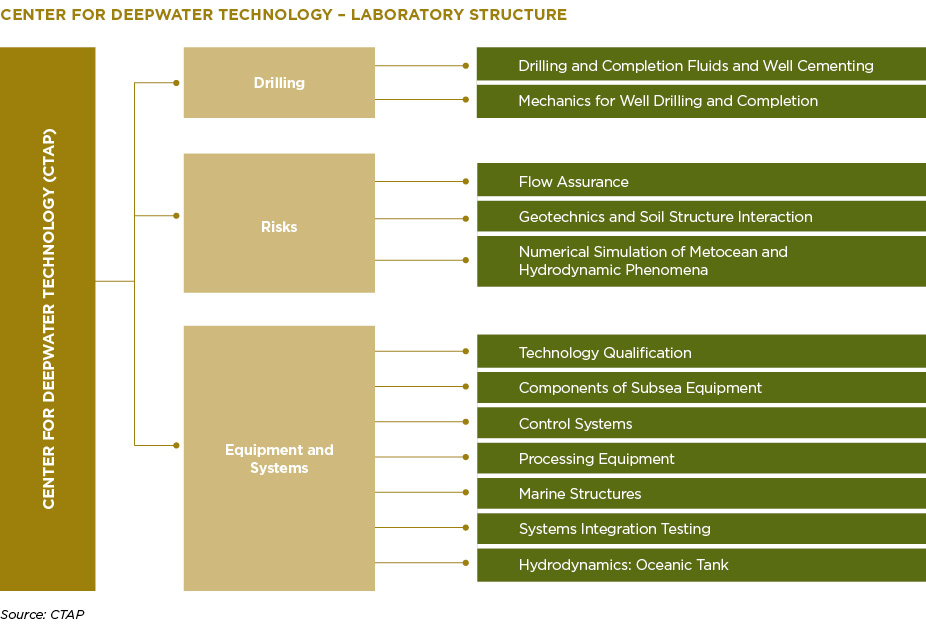