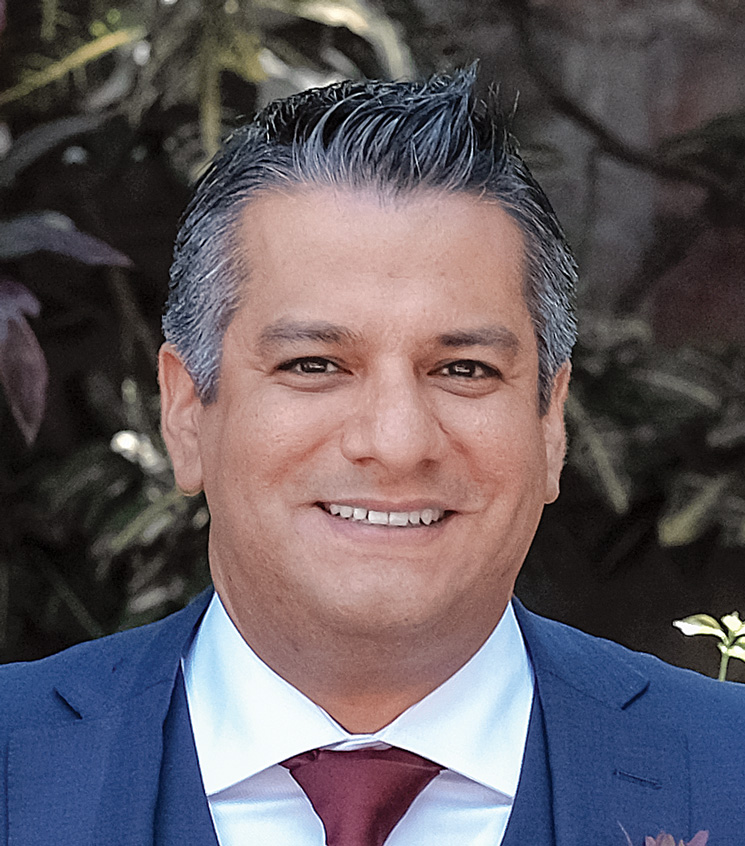 We must be positive and believe that Mexico is almost ready to continue expanding its energy sector. The reality is that the country's demand has continued to grow but capacity has not grown at the same rate. In fact, we have active generation plants that were previously considered at the end of their lifespan and that today, supposedly, would not be operating, mainly due to their high costs and their impact on the environment. Unfortunately, their continued operation is necessary given that investment in new generation plants in recent years has been practically nil.

Today, there are a large number of projects under development that are waiting for permits and the line is longer than usual. What's next? There seem to be some signs that permitting could pick up or that they will move in the near term, which shows there is a chance that we will start running a lot of these projects. These have been hard years for many companies related to power generation: equipment suppliers, EPCs, service providers. But what happens if from one day to the next the situation changes from a regulatory point of view, permits are granted, and now we all want to execute almost at the same time? Are there enough hands?

Until today, the major challenge for the sector has been to get projects to the  ready -to-build stage, but a new challenge is coming. With the passage of time, many companies that saw their amount of work reduced also had to reduce their teams, which represents a challenge for the change that is getting closer. As an example, let’s look at  what happened in the global restaurant industry. Although it might seem a crude comparison, the example has some similarities despite the fact that the reason for the reduction in activity is different. With the pandemic, most of the restaurants had to close for a while, modify their space, reduce their number of diners, modify their sales methods, etc. That meant that many had to close permanently, while others implemented the changes and adapted. For the smallest, it was more difficult to survive, as in all crises, but the one common thread regardless of size was having to let many employees go.

All these people dedicated mainly to service had to find new ways to  support themselves, which is why some went into different sectors or businesses. For many, these changes were  positive, as they found better options compared to what they had been doing. When the pandemic ended and the restaurants returned to their "normal" activities and as they sought  to achieve their previous sales levels, they  returned to their previous template. To their surprise, the workers they had previously were no longer available. What could they do now? It was  time to look for new faces, people who had no experience and who needed an investment of time and money for training. The energy sector is experiencing a very similar situation. This is also not the only problem it faces, although it is one of the most serious.

Another problem in the sector is on the investment side. What has happened as a result of the paralyzation of  the companies that had been investing in Mexico? Most of them have modified their business models to look for projects that, although they are different from what they usually developed, represent an opportunity to subsist in this geography. The bet is that in the future it will be possible to follow the path that was followed in the past, or at least something very close to that.

So, where is the money right now? Until a few years ago, Mexico was undoubtedly one of the most attractive markets in the world for investing in energy. It was a country with immense potential, with good conditions and legal and regulatory certainty. Things from one day to the next came to a kind of pause and investors had to look for other markets to  invest in. Adjustments were required in the strategies, in the work teams, relocations, etc. Once these changes were made, the execution started. Today the global circumstances are very different from the picture four years ago. During this pause, there were companies that began to work in other countries in the region, to the north and to the south, with success in many cases. The world crisis in terms of energy costs has impacted everyone, but mainly Europe, which today requires energy alternatives and greater investment to meet the needs of many of the countries that are suffering from possible shortages and greater consequences. To a large extent, in Mexico, many European companies were the ones that had bet on the country’s energy sector for more than 20 years, but now that they have to return to Europe to invest. Will there still be an appetite for Mexico?

No one can guarantee that when Mexico decides to say that we can go back to work,  all these companies will be ready to put their money back into developing projects. And in this there are again similarities with other sectors that had to reinvent themselves. Unfortunately for Mexico, the number of companies with the conditions to make serious investments in the development of power generation plants is limited, which means that with the passage of time, fewer and fewer will be interested given the circumstances. And what can bring them back? Now, it will cost us as a country. Mexico will have to offer more favorable conditions for investments to return and this will be reflected in an increase in the costs of the same energy. In the end, this pause is going to cost all Mexicans in many ways.

Things are not going to be resolved from one day to the next, that's for sure, but at some point, we must begin to recover our sector.

The question now is, are we ready to wake up? The answer is not easy but I don't think we all are.