Chile is today the world’s biggest copper producer, accounting in 2012 for 31.6% of the global production of this metal. A large proportion of the copper that was produced globally was exported to China, the world’s largest copper consumer, accounting for 40% of global demand. While demand for copper is growing worldwide, the market is considerably dependent on Chinese demand.

Copper prices have soared since 2002, jumping from values of aproximately US$2,000 per tonne to historic highs of US$9,000 in 2011. However, China’s economic growth rate has slid down from the double digits that international markets had grown to expect, which has had knock-on effects. Average copper prices dropped 10% in 2012 in spite of the announcement of large scale infrastructure investments by the Chinese authorities. During 2013 the copper price has recovered slightly from lows of US$6,600 in mid-June to close to US$7,300 by the end of August. The International Copper Study Group expects that copper mining will increase slightly in 2013 (5.2%) and in 2014 (5.6%), and if global economic recovery finally gains a constant pace in the coming years, copper prices could surpass their current levels and edge closer to the 2011 peak sooner than expected. 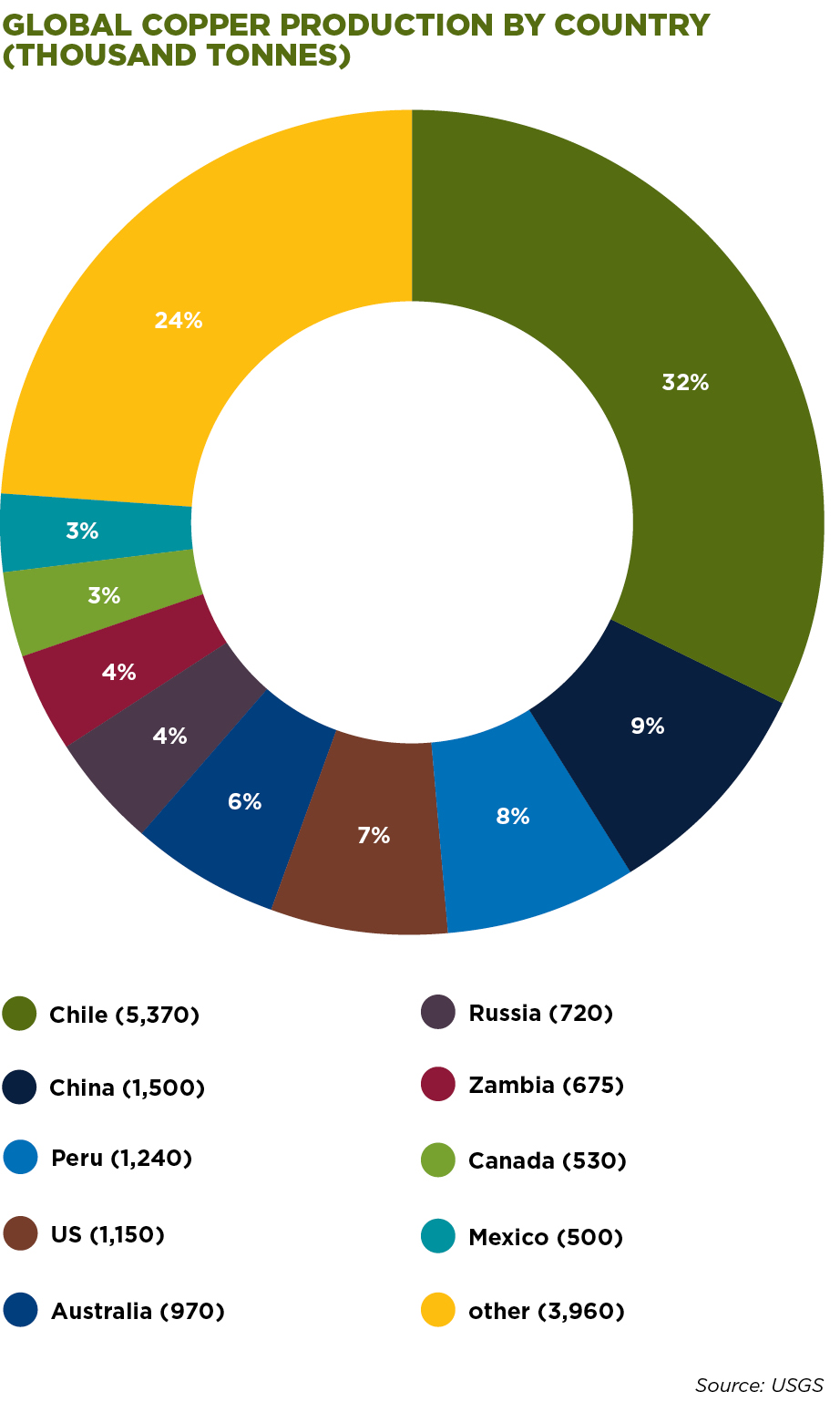 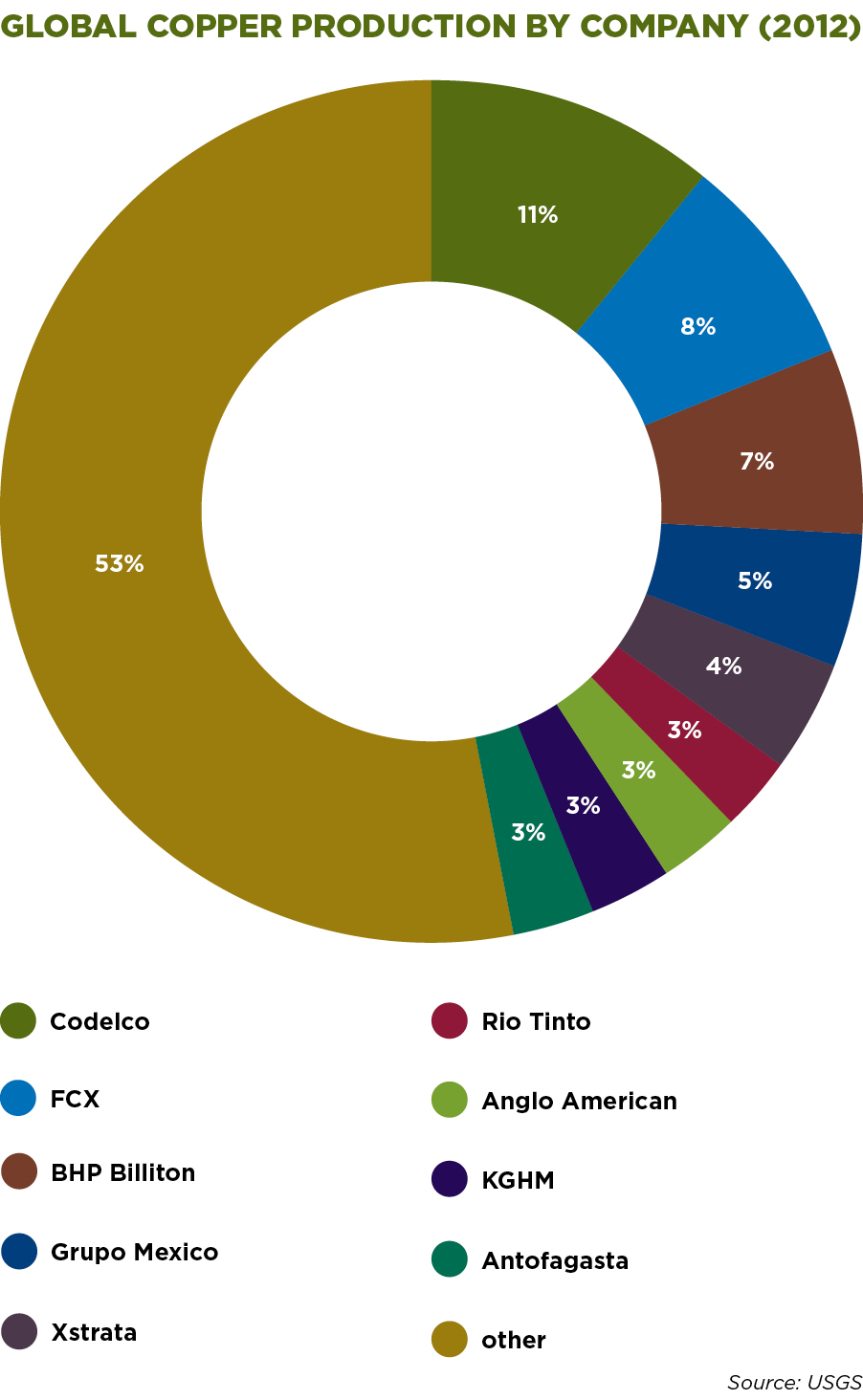 Mexico is the country with the fifth biggest copper reserves in the world. According to the United States Geologic Survey (USGS), Chile leads the list with an estimated 190 million tonnes of copper deposits, followed by Australia (86 million), Peru (76 million), the US (39 million), and Mexico (38 million). This places Mexico above China - the world’s leading copper refiner and by far the biggest consumer of this base metal - which only has 30 million tonnes of estimated copper reserves according to the USGS. Mexico’s current reserves represent 5.6% of the world total, while China’s make up only 4.4%. The Mexican Mining Chamber (Camimex) reports that Mexico extracted 500,000 tonnes of copper in 2012, which places the country as the world’s 10th producer.

The Mexican mining industry’s increased focus on copper exploration has nevertheless led to companies increasing production. While Mexico was the world’s 15th producer in 2008, it finds itself within the top 10 only five years later. The increase in total copper production in Mexico during 2012 alone was of 12.8%. Copper is now the second target of mining exploration investment in Mexico, which indicates that the industry is well prepared to increase future production and continue its rise as a copper producing country.

Tags:
MMR 2013
Base & Battery metals
Finance & Investment
Mexico
Camimex
Share it, if you like it!
Suggest Hashtag