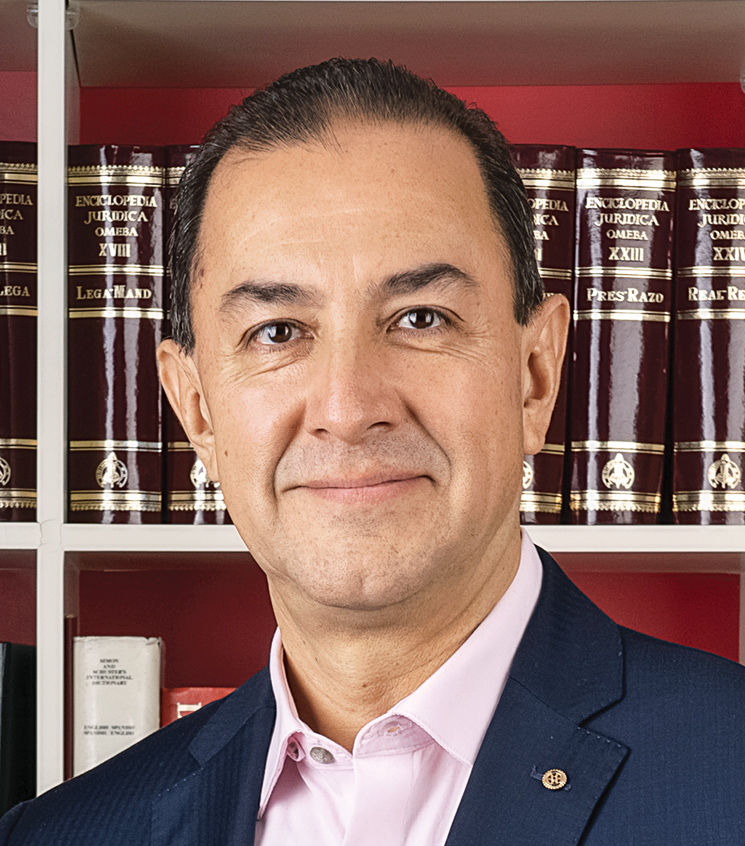 As we have been commenting in the previous months, in our country and globally, situations have occurred regarding  intellectual property and related issues that lead us to conclude that 2022 was an interesting year for IP and with many challenges to be faced in the coming years.

We are well aware of the historical national enthusiasm for signing international treaties as well as participating in all kinds of arrangements, agreements, treaties and rounds that have led us to participate in most of these types of treaties, which in some ways have strengthened the legal framework regarding intellectual property matters for all those participants in the system in our country, whether local or foreign.

This may be anecdotal but for our country it represents a real opportunity in two ways. In the first instance, it is a great opportunity to participate actively and increasingly predominantly in international trade, to the extent that we take advantage of all these commercial tools that have been developed in recent years, but without forgetting that success depends on our production capacity and business management, allowing products or services to be positioned in an increasingly better way in the international environment.

This opportunity, in turn, offers us the possibility of attracting greater foreign investment in our country and with it, promoting national business development in products or services to which access had been restricted.

Thus, the work of the Mexican government over  almost 20 years to strengthen  the legal framework and provide greater legal certainty for doing business is fully capitalizable in improvements for our business system and in general for the welfare of the population in our country.

At the same time, over this same period, mechanisms have been promoted internally so that Mexican industry, as well as the ecosystem of entrepreneurship, innovation and development, can generate greater national intellectual capital. Proof of this is the number of inventions by  Mexicans that grew more than 100 percent from 2005 to 2020. Unfortunately, with the pandemic, this growth, seems to have slowed down and is something that will have to be picked up again to promote growth in the generation of intangible assets. There are several positive examples and at a local level, there are many regions of the country that are developing innovation poles in various technological fields that should be reflected in an increase in the portfolio of national intangible assets in the medium term. Jalisco has taken the lead, but states like Queretaro, Guanajuato and Puebla may be catching up in terms of performance as long as there is promotion and support to capitalize on the large human capital base that has been developed in these regions.

Speaking of innovation and strengthening our productive sectors, one subject that we have yet to strengthen is the link between universities and companies. It is essential to define public policies that allow an effective synergy between these actors of the innovation systems. With this, we will be able to achieve an evident change in the trend of the indicators related to innovation and patenting. This improvement in numbers, beyond the index, will have as a real benefit the reduction in the payment of royalties to foreign companies and with good counseling, in the income from the payment of royalties of Mexican technologies, based on national intellectual capital. In the virtuous circles of innovation and technological development, we still have work to do.

Another important topic to keep on the radar for the coming years is related to creative industries. It is no secret that the creative industries are very important in Mexico. With an estimated contribution of close to 7 percent of Mexico's GDP, these industries have had significant growth and exhibit ever-increasing potential. Unfortunately, statistics also show that about 70 percent of the companies that open in this sector close within three years of their creation. Therefore, it is very important to strengthen business skills in this sector, so that efforts are capitalized and we can build not only an important but also a permanent industry that contributes to the intellectual capital of our economy.

Finally, one of the fundamental challenges for the coming years is to focus efforts on generating intellectual capital in cutting-edge technologies.

In Latin America, the number of technology-based companies has grown significantly in recent years. Until just five years ago, there were no unicorn companies in the region and to date there are already 38. These unicorns will diversify in a wide range of services and not only in the so-called fintech segment. Sectors like  logistics, education, transportation, and food will see significant growth in the coming years and we must prepare ourselves, entrepreneurially, technically and legally to capitalize on this near future of technology companies.

In addition to technology-based companies, there are numerous  lines of technological development, such as artificial intelligence, big data, internet of things and, of course, the metaverse. The convergence of all these technologies with their more traditional counterparts  makes the medium-term future sound challenging for both the business environment and legal systems.

If the year that just ended had as its main focus the recovery after almost two years of a critical situation due to the pandemic, the year that has just begun and the following years will see how the major trends begin to strengthen and solidify their foundations. Therefore, the challenges we face, although diverse, all have a common thread. Innovation ecosystems, business environments, emerging industries and sectors as well as the legal system have three words in common for the coming years. Concurrence, strengthening and decisive support will be the three great challenges so that we can truly capitalize on all the effort of the past years in legal, business and innovation matters. The foundations and tools are in place. Now, it is up to us to exploit them in a focused manner so that all of us, individually and collectively, can improve conditions in our country.